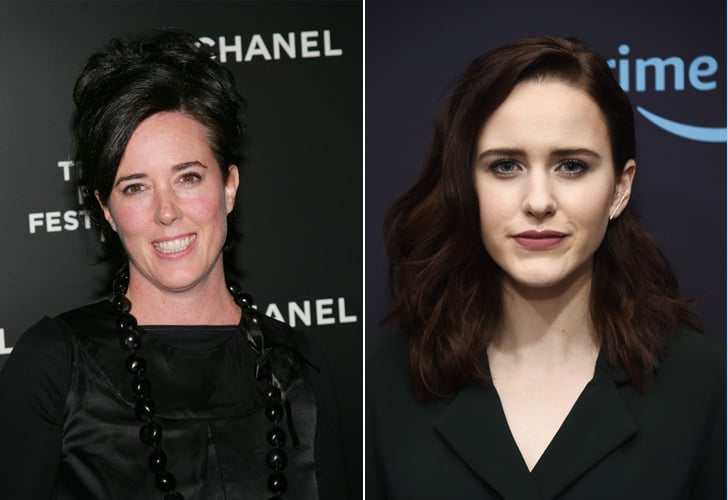 Following Kate Spade's tragic death on June 5, her family is speaking out to honor her life with touching tributes. Hours after actor David Spade shared a heartfelt social media post about his sister-in-law's passing, actress Rachel Brosnahan, who happens to be Kate's niece, also shared a message about her late aunt, giving her followers a behind-the-scenes glimpse at the iconic designer's personal family life.

The Marvelous Mrs. Maisel actress posted an old video of Kate joyously dancing with her husband, Andy Spade, in front of a Christmas tree. "Knowing Katy, this is how she would want to be remembered," Rachel wrote in the caption. "She had a light that words can't capture but touched everyone she came into contact with. She was exceedingly kind, beautifully sensitive, insanely talented, funny as heck and one of the most generous people I have ever known. She was effervescent." The star ended with a reminder to "hug your loved ones extra tight today."

On June 6, one day after Kate was found dead by suicide in her NYC apartment, reports of the late fashion designer's depression surfaced, alluding to marital issues with her husband, who reportedly wanted a divorce. Our hearts go out to Kate's family and friends at this time.

Dwayne Johnson
Dwayne Johnson Celebrates His 3-Year-Old's Birthday With a Sweet Message: "My Greatest Joy"
by Karenna Meredith 1 hour ago

Karlie Kloss
Karlie Kloss Shared a Glimpse of Her Newborn Baby Boy, and His Name Is Adorable!
by Chanel Vargas 1 day ago