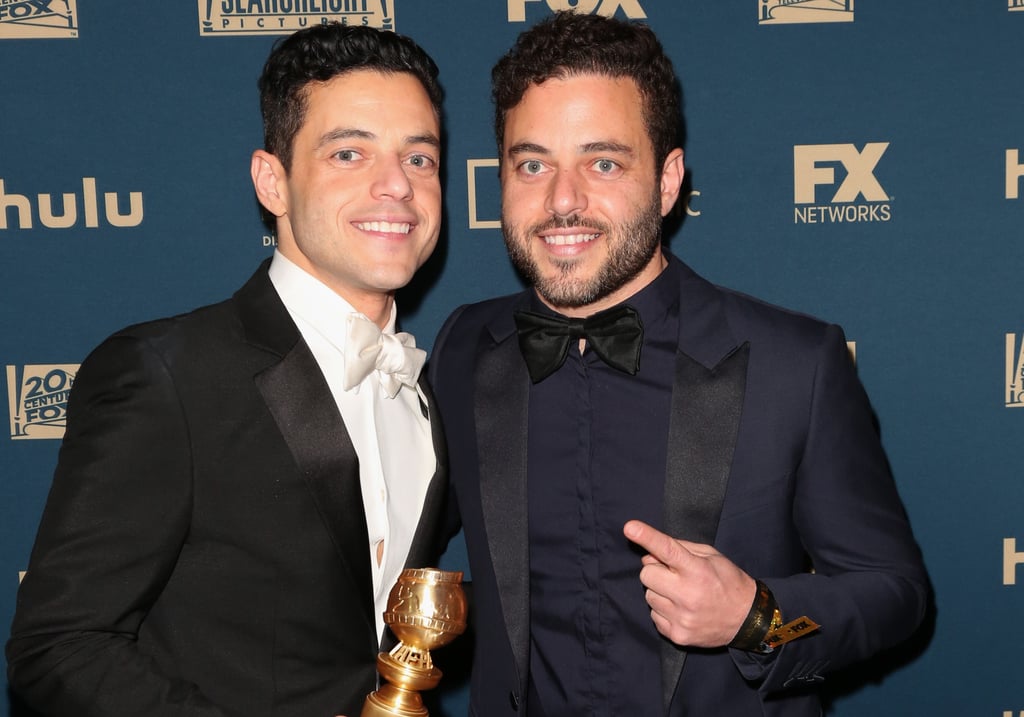 No, Your Vision Isn't Blurred — Bohemian Rhapsody's Rami Malek Has an Identical Twin

You might still be recovering from how incredibly well Rami Malek portrayed Freddie Mercury in the Queen biopic Bohemian Rhapsody, but get ready for another shocker: Rami has a real-life identical twin, and when his twin accompanied him to the 2019 Golden Globe Awards, the internet just about lost its damn mind. While Sami Malek didn't walk the Oscars red carpet with Rami a few weeks later, the camera did pan to him with the rest of the Malek family during Rami's emotional acceptance speech.

Sami, who is four minutes younger than his Oscar- and Golden Globe-winning brother, is a 37-year-old teacher, and — save for Sami's sexy facial hair — the resemblance between the two is, of course, seriously unreal. Rami has spoken about his identical twin brother before, including during a 2015 appearance on Jimmy Kimmel Live!, where he told the audience a story about filling in for his brother when Sami needed to present a monologue from a Greek tragedy for a class in college — how Parent Trap of them! "We don't look as much alike as we used to, but, yeah, we're identical," Rami said, though we beg to differ. See for yourself in the photos of the Malek twins ahead.