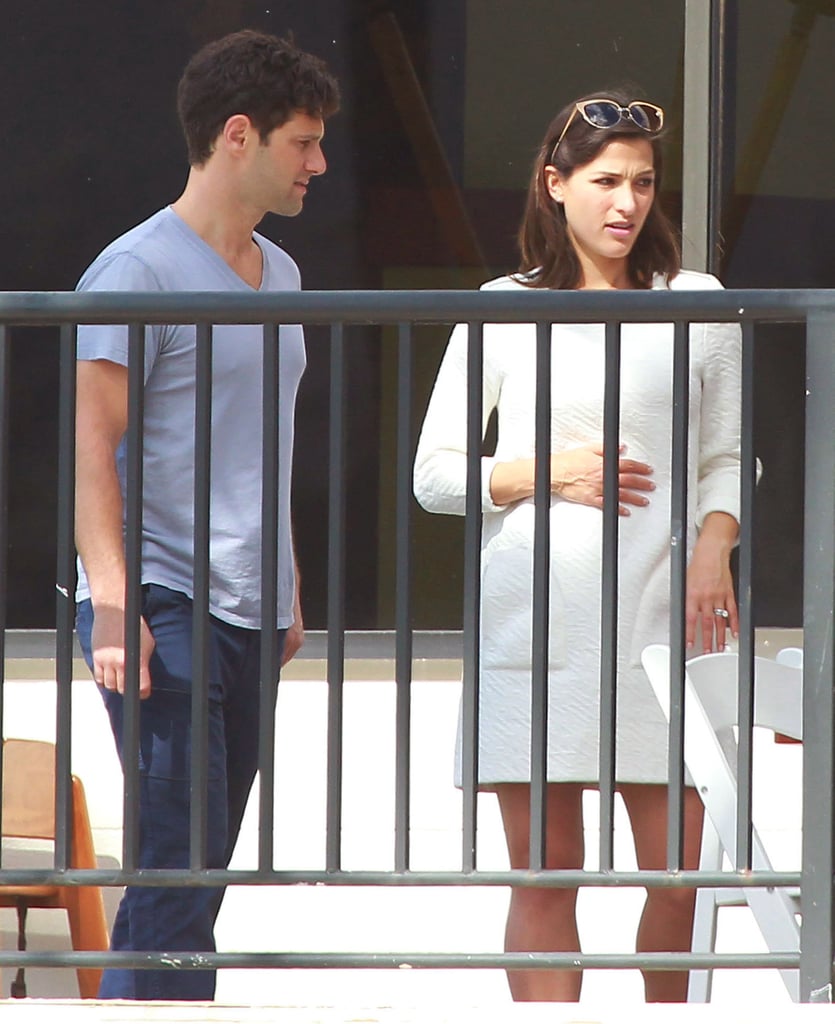 Justin Bartha and his new bride, Lia Smith, met up with friends, including Jesse Eisenberg and Ken Jeong, for brunch in Hawaii on Sunday. The casual affair came after the couple's wedding at the Turtle Bay resort on Saturday. Reese Witherspoon and Jim Toth traveled to the destination wedding on the island of Oahu to hear the Hangover star and Lia say, "I do." Reese was joined by her husband, Jim, who is Justin's agent. The group gathered outside for the ceremony, sitting under the warm Hawaiian sun as they awaited Justin and Lia's first kiss as husband and wife. Lia graced the aisle in a white dress with thin straps, minimal makeup, and an effortless updo, while Justin donned a black suit and white pocket square. Justin and Lia have more than just their new relationship status to celebrate — they are reportedly expecting their first child!

Hawaii holds a special meaning for the bride and groom: they were first photographed together on a beach in Maui during a New Year's vacation in January 2013. Lia and Justin reportedly took the trip after they met at an Equinox gym in LA, where she taught Pilates. Lia said yes to Justin's proposal that May. Keep reading to see their romantic wedding pictures!