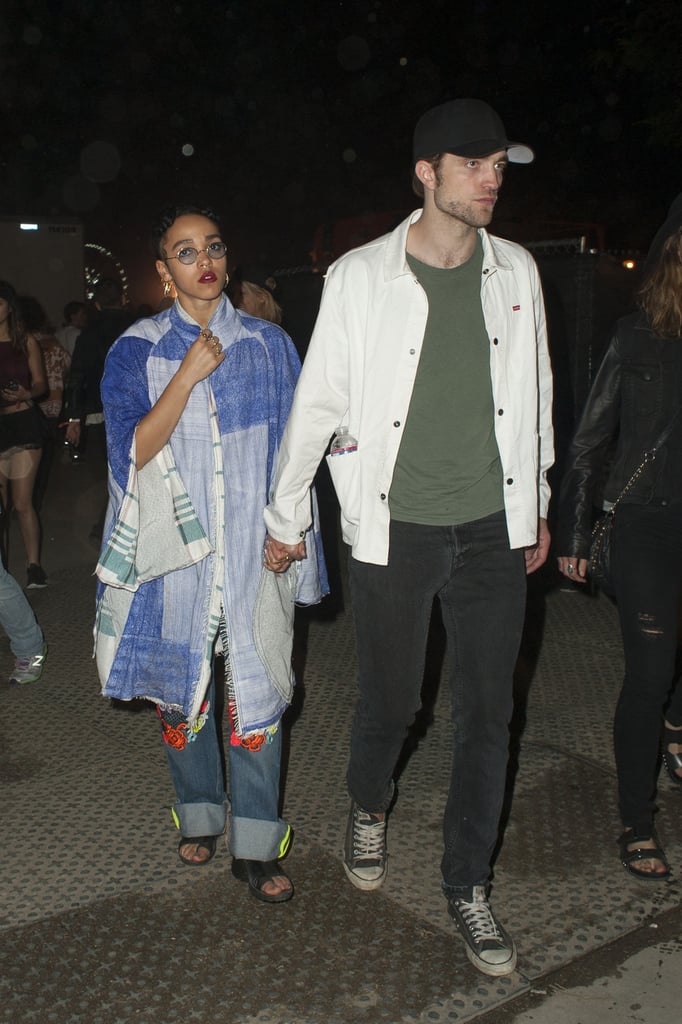 Love was in the air at Coachella over the weekend, and Robert Pattinson and FKA Twigs were the latest celebrity couple to bring on adorable moments. On Sunday, the duo held hands while walking through the grounds. Robert led the way for his fiancée, who was covered up in layers for their night out. At one point, the pair caught up with Rob's pal Katy Perry amid a group of partygoers. The fun night came just one day after Robert and FKA Twigs made their first postengagement appearance at the festival. Read on to see the couple take on Coachella, and then catch up on their cutest pictures and relationship timeline.

Frank Ocean
Mark Your Calendars! Frank Ocean Is Set to Headline Coachella in 2023
by Monica Sisavat 1 day ago