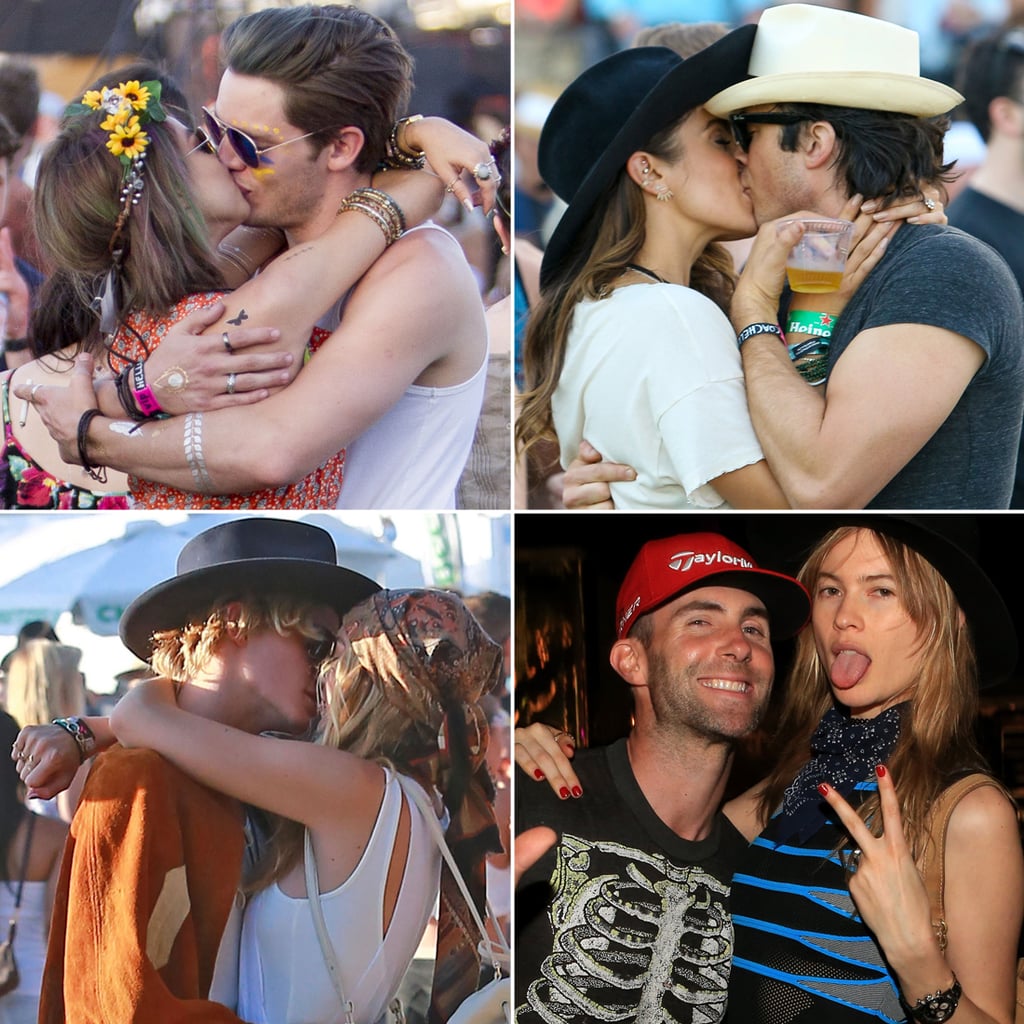 The Cutest Couples at Coachella This Year!

Droves of celebrities popped up at Coachella, but it's the couples who had the sweetest moments. On the polo fields, Sarah Hyland and Dominic Sherwood had a full-on makeout session. It may have been a little awkward for her Modern Family brother Nolan Gould, who was in the background. Sarah and Dominic were not alone, though — Ian Somerhalder and Nikki Reed shared intense PDA between sips of beer, and Gigi Hadid and Cody Simpson looked cuter than ever during their passionate embrace.

As for couples who just chilled, Kristen Stewart lounged with girlfriend Alicia Cargile in the second weekend, and Robert Pattinson held hands with fiancée FKA Twigs during weekend one. Read on to see all the couples at this year's Coachella, then catch up on the romantic duos at festivals of yore.