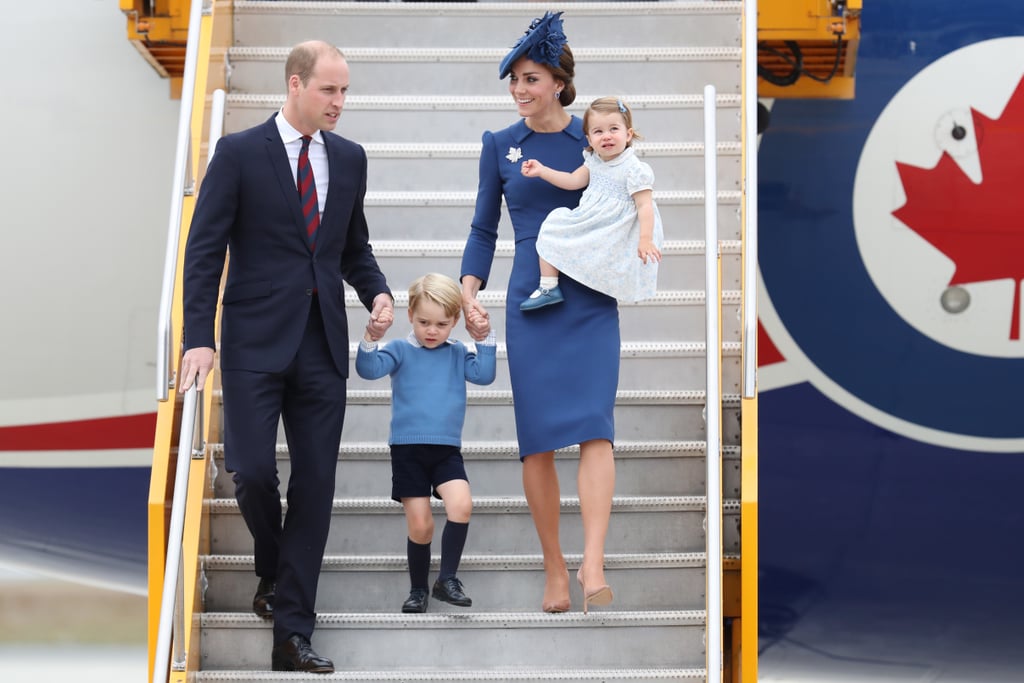 Prince William and Kate Middleton's eight-day tour of Canada has officially kicked off! The royal couple were all smiles when they touched down at the Victoria Airport in British Columbia on Saturday with their two children, Prince George and Princess Charlotte. Wearing similar blue ensembles, the four walked hand in hand as they made their way off the plane to greet Canadian Prime Minister Justin Trudeau and his wife, Sophie Gregoire. Later that evening, the duke and duchess were all smiles as they attended an official welcome ceremony at the Legislative Assembly of British Columbia.

William and Kate visited the country in the Summer of 2011, just a few months after their April wedding, but this marks George and Charlotte's first trip. Over the course of their stay, the family will make various stops to the Great Bear Rainforest, Bella Bella (an Indian reserve on the east coast of British Columbia's Campbell Island), and Haida Gwaii, the archipelago formerly known as the Queen Charlotte Islands. 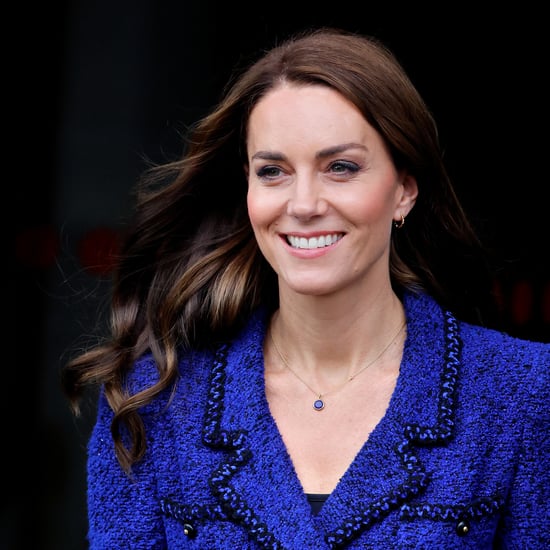