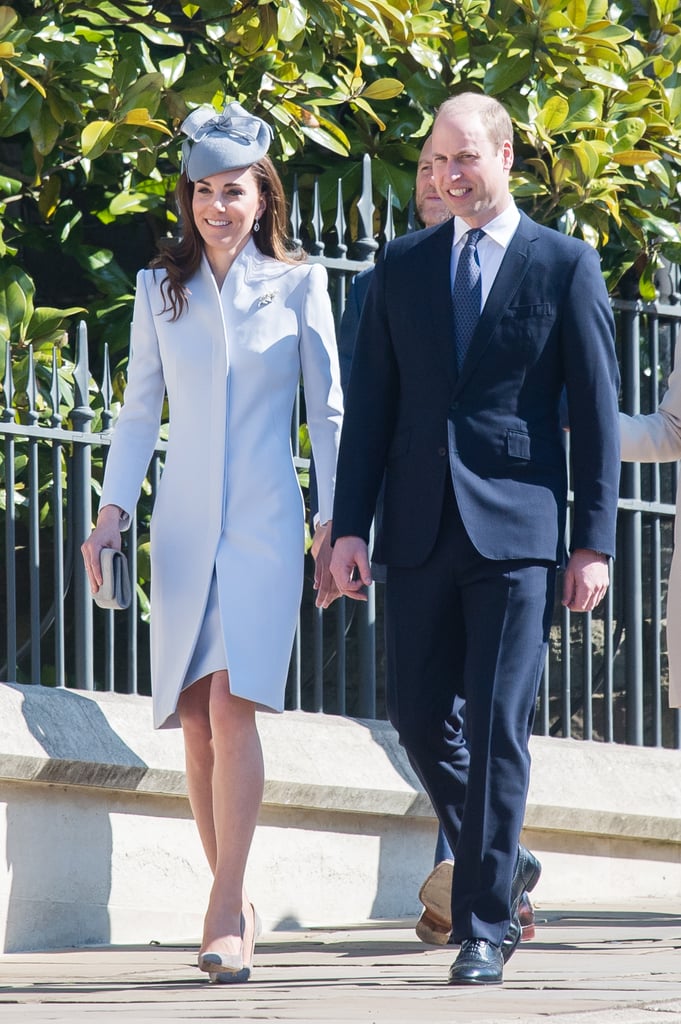 Prince William, Kate Middleton, and Prince Harry made their annual appearance at Easter church service on Sunday morning. The royals gathered at St. George's Chapel in Windsor, England, where Harry and Meghan Markle tied the knot last May. They were joined by Prince Andrew; Princess Beatrice; Prince Edward and his wife, Sophie, the Countess of Wessex; Lady Louise Windsor; and Mike and Zara Tindall for the Sunday service, which also coincided with Queen Elizabeth II's 93rd birthday.

Meghan was not in attendance this year, as she is approaching the reported due date for their first child. The Duchess of Sussex told a group of fans she's due in late April, so the baby could come any day now! Prince Philip was also absent from Sunday's celebrations, as were Kate and William's children, George, Charlotte, and Louis.

Read on to see more photos of the royal celebration, including snaps of Kate's stunning powder blue coat.