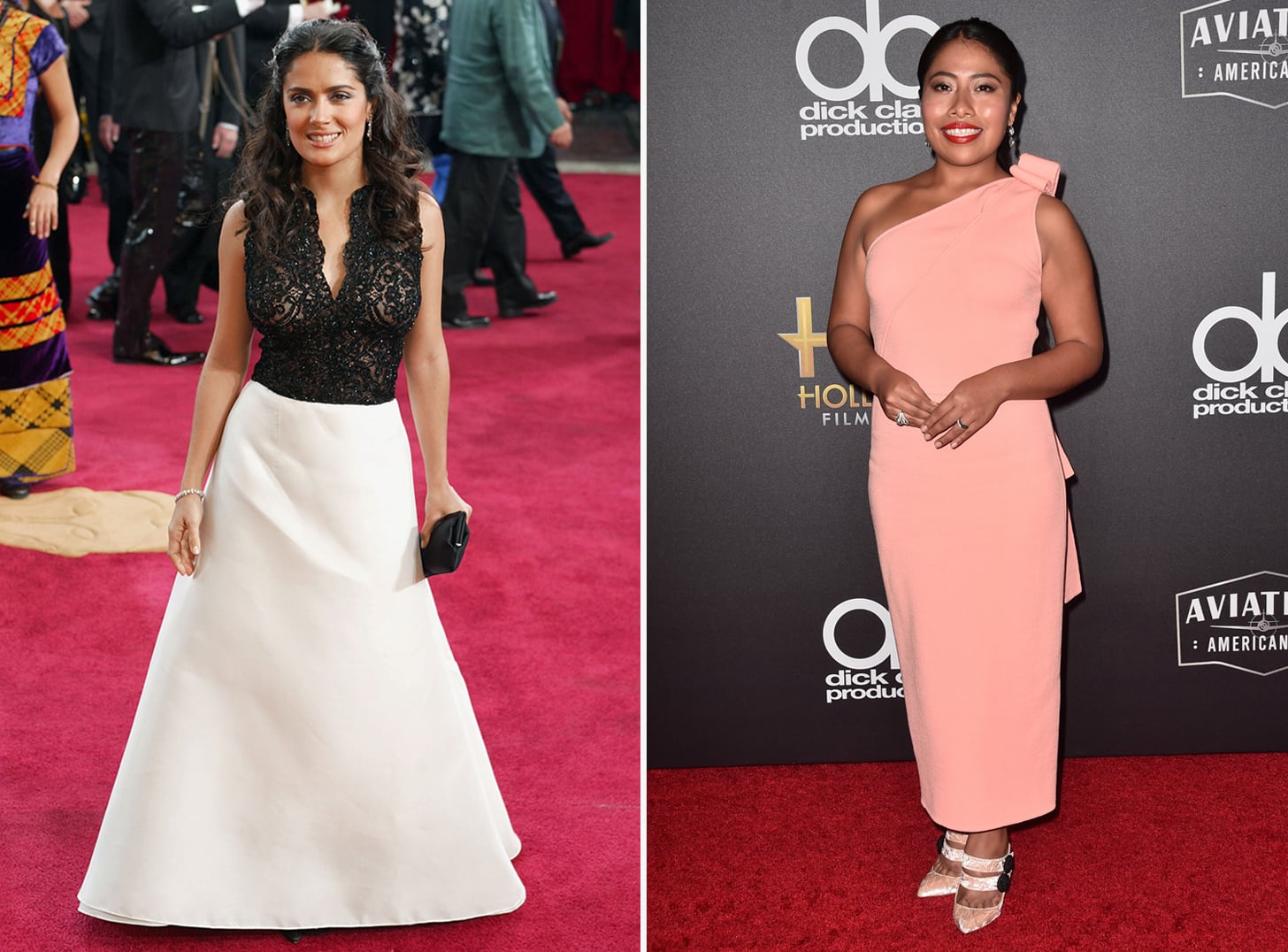 Yalitza Aparicio, star of the critically acclaimed drama Roma, is the second Mexican woman to ever be nominated for best actress at the Oscars. The nominations for this year's ceremony were announced on Tuesday, and if you've seen the movie, you know her performance as Cleo is more than deserving of the award. In fact, Salma Hayek couldn't agree more. The 52-year-old actress congratulated the 25-year-old actress in a supportive Instagram post shortly after the nominations were announced. "In 2002 I became the first Mexican actress nominated for best actress," Salma wrote. "I'm very moved that today I am no longer alone. Congratulations @yalitzaapariciomtz for your so well deserved nomination. I hope this time you win."

Related:
13 of the Biggest Snubs to Come Out of the Oscar Nominations

Salma was first nominated for her role as Frida Kahlo in Frida in 2003, but the award went to Nicole Kidman for The Hours. This year, Roma is up for 10 Oscars, including best picture. The stunning film has already taken home multiple Golden Globes and Critics' Choice Awards. Yalitza is in good company in the category with four other talented contenders, but if she wins, it'll be something to celebrate in a big way.