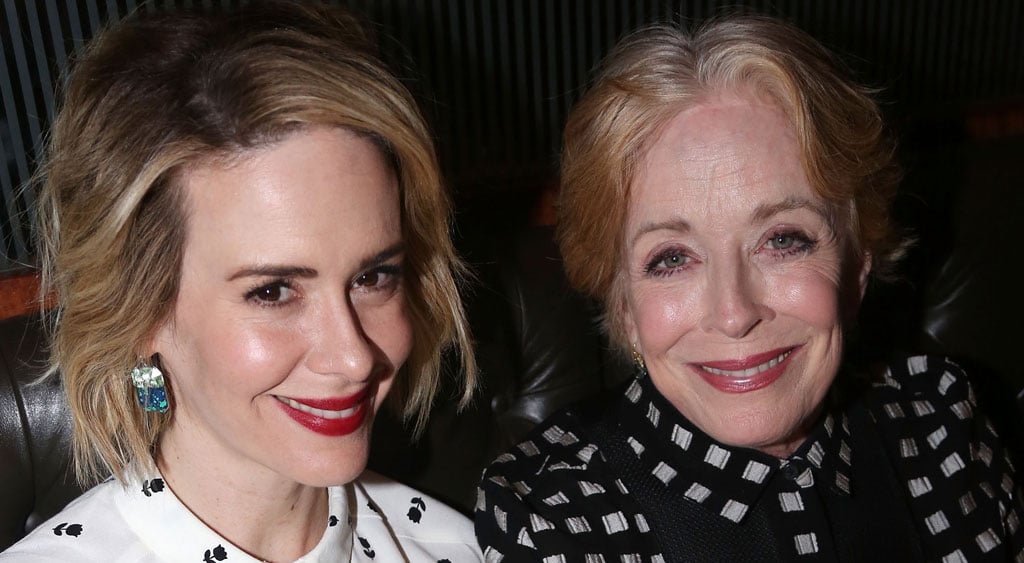 Sarah Paulson is in love, and she doesn't care who knows it. The American Horror Story actress, 41, opened up about her relationship with girlfriend Holland Taylor, 73, during a recent interview with The New York Times. Sarah, who started dating Holland last year, said, "If my life choices had to be predicated based on what was expected of me from a community on either side, that's going to make me feel really straitjacketed, and I don't want to feel that. What I can say absolutely is that I am in love, and that person happens to be Holland Taylor." The two first met at a dinner party 10 years ago, but Sarah was in a long-term relationship with actress Cherry Jones at the time. Despite not getting together back then, Sarah admitted that there was definitely an attraction, calling Holland "the most exquisitely beautiful woman I'd ever seen."

Sarah also revealed why it is she tends to date people who are older than her. "There's a poignancy to being with someone older," she continued. "I think there's a greater appreciation of time and what you have together and what's important, and it can make the little things seem very small. It puts a kind of sharp light mixed with a sort of diffused light on something. I can't say it any other way than there's a poignancy to it, and a heightened sense of time and the value of time." So sweet! To get even more of Sarah, see what she told us about this one crucial detail about her character on American Horror Story: Hotel.