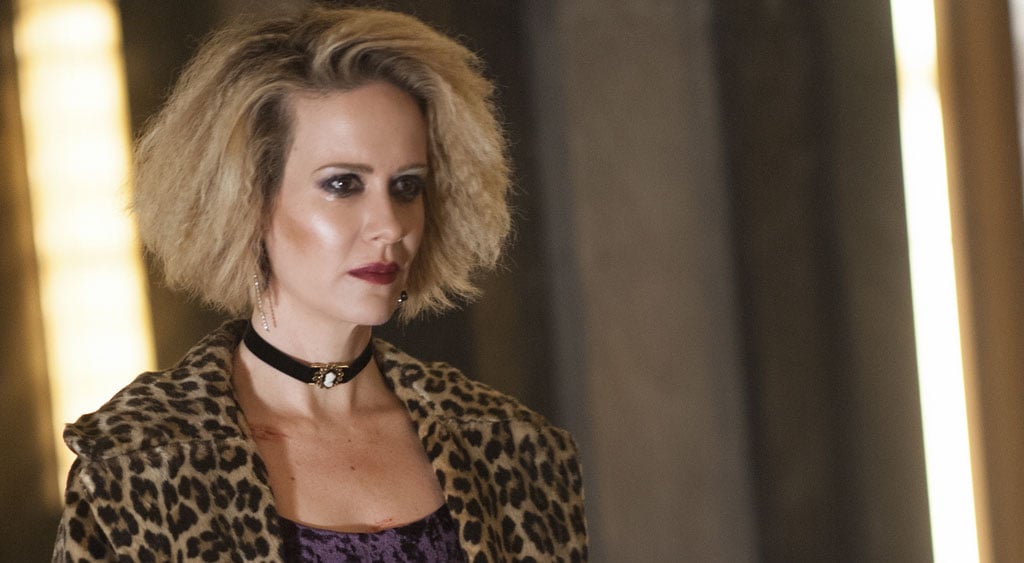 Sarah Paulson has been freaking us out all season long on American Horror Story: Hotel, and we recently sat down with the actress at the press day for her new film Carol to talk about her character's colorful storyline. Sarah, who plays Hypodermic Sally on the show, is constantly seen with wet and watery eyes. While we initially paid no attention to it, it turns out that small detail is actually crutical to her character's backstory. "She is always crying," Sarah explained. "Sally has a total addiction to having feelings. Because of all the drugs, she doesn't feel that much, so when she sees something, like Iris being brought back to life by Donovan's blood, she's so fascinated and also really moved that a son could love his mother in that way, and what a selfless thing, but also is like, 'What the f*ck?' She's an emotion junkie. She's always feeling wronged."

What's more, Sarah also told us that the Hotel set can feel eerily similar to another very famous hotel. "The Hotel set is so beautiful," she continued. "But it does have kind of a weird vibe because it's almost too big. It's two stories and the elevator works, but it's almost like The Shining hotel where it feels like it's just too much space for so few people. Sometimes when we're all on the set we're all going, 'This feels very cavernous in here.' So that can be a little unsettling." Check out the definite timeline for this season and then relive every gruesome death that's happened at Hotel Cortez so far.