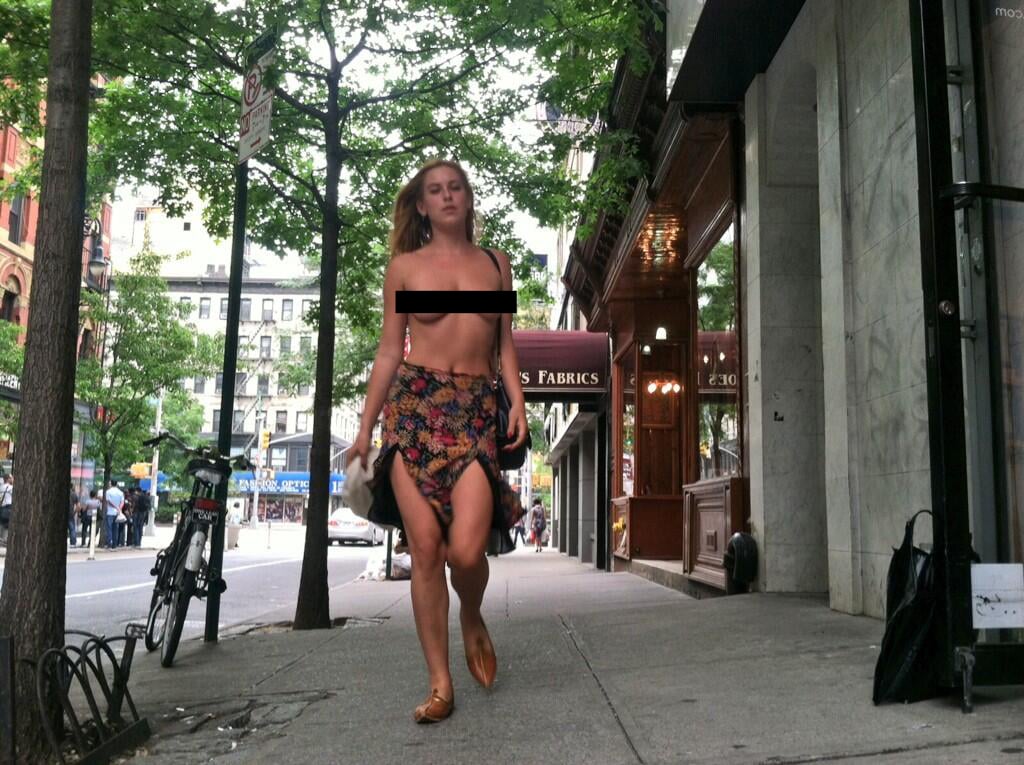 Scout Willis Speaks Out About Her Topless Instagram Protest

Scout Willis took the opportunity to speak out about her recent topless protest in a column penned on xoJane Monday. The 22-year-old daughter of Bruce Willis and Demi Moore — who took to the streets of NYC last week to protest Instagram's terms of service — explained her bold decision, saying that she "decided to do something kind of crazy" after her account on the photo-sharing app was deleted due to "instances of abuse." The recent Brown University graduate added, "Women are regularly kicked off Instagram for posting photos with any portion of the areola exposed, while photos sans nipple — degrading as they might be — remain unchallenged. So I walked around New York topless and documented it on Twitter, pointing out that what is legal by New York state law is not allowed on Instagram."

Scout also addressed the backlash brought on by her actions, saying, "I understand that people don't want to take me seriously. Or would rather just write me off as an attention-seeking, over-privileged, ignorant, white girl. I am white and I was born to a high profile and financially privileged family. I didn't choose my public life, but it did give me this platform. A platform that helps make body politics newsworthy." Scout was reportedly moved to boycott the social media site after it began deleting photos of breast cancer survivors and women breastfeeding. During the protest, she tweeted out a photo of herself perusing a flower kiosk and wrote, "Legal in NYC but not on @instagram," before sharing another topless snap that she captioned, "What @instagram won't let you see #FreeTheNipple."

Instagram also recently came under fire when it removed Rihanna's account after she posted a number of racy shots, including one that featured her nipples. The app released a statement soon after, saying, "This account was mistakenly caught in one of our automated systems and very briefly disabled," but many consider the fact that Rihanna hasn't created a new profile a boycott in itself. What do you think of Scout Willis's topless protest?

Previous Next Start Slideshow
Celebrity InstagramsScout Willis
Around The Web