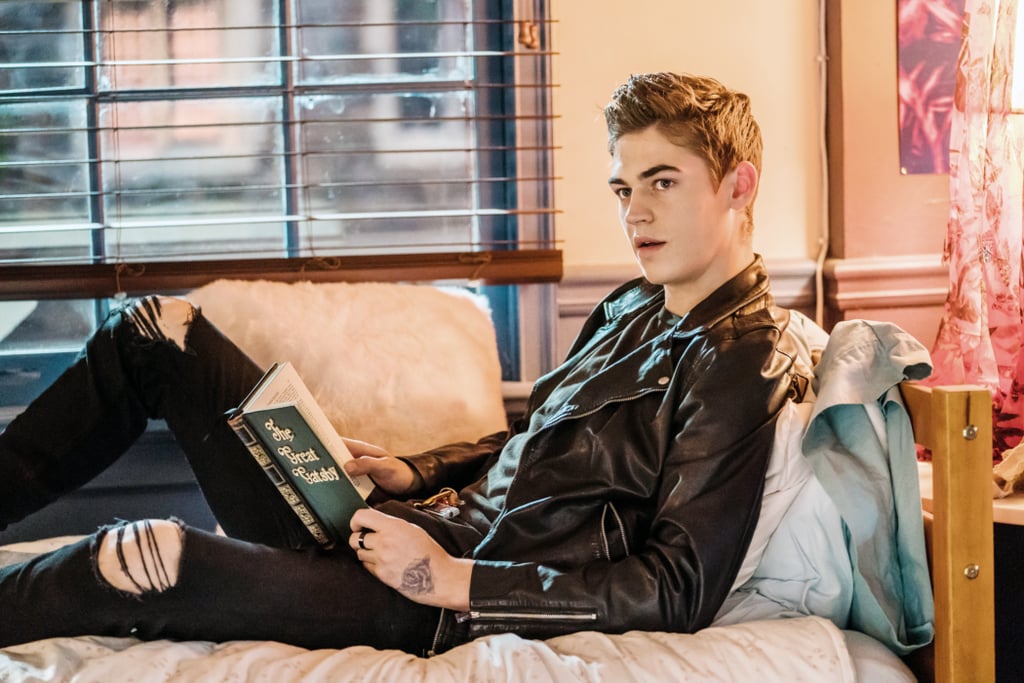 Step aside, Christian Grey, there's a new hunky bad boy taking your place. The film After, which is based on the One Direction fan fiction turned bestselling novel of the same name, hits theaters this month, and it's already proving to be just as sexy and dark as Fifty Shades of Grey. At the center of all of the drama is English actor Hero Fiennes-Tiffin, who is causing a fan frenzy both for his role as Hardin Scott (who is loosely based on Harry Styles) and his good looks. Though Hero's character is a total bad boy, that hasn't stopped fans from swooning over the 21-year-old actor. See some of his hottest snaps ahead!