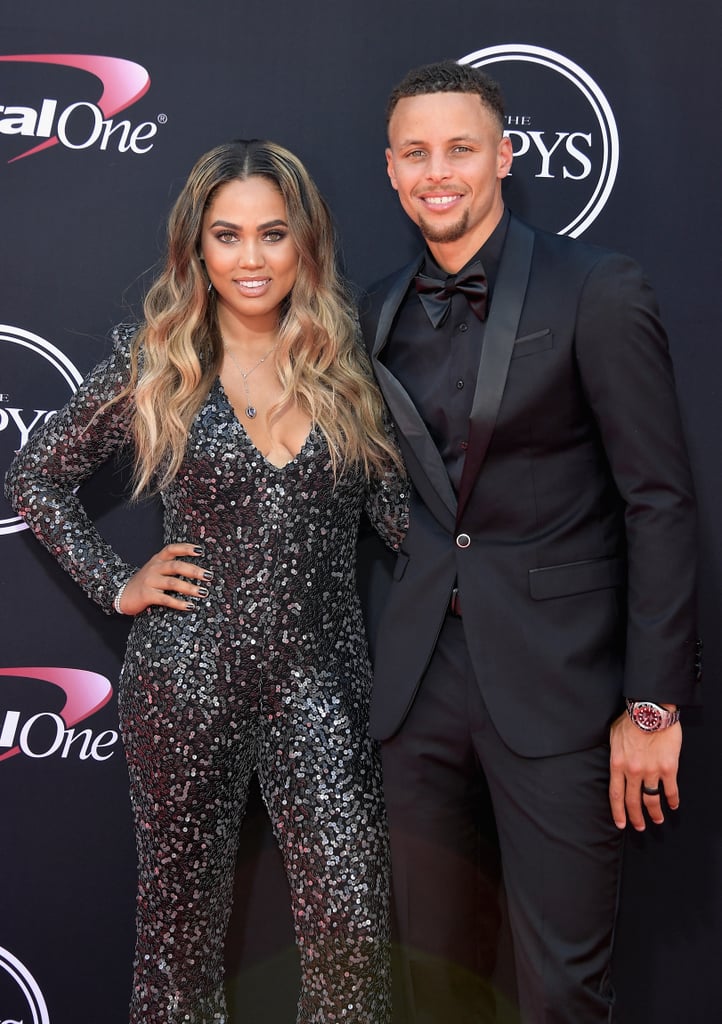 After enjoying some well-deserved R&R in Turks and Caicos, Stephen and Ayesha Curry stepped out in style at the ESPY Awards in LA on Wednesday. The couple — who will be celebrating their sixth wedding anniversary later this month — served up some serious face in their matching black outfits by designer Michael Costello. While Stephen isn't up for any awards this year, his Golden State Warriors teammate Kevin Durant is nominated for best NBA player against James Harden, LeBron James, Kawhi Leonard, and Russell Westbrook.

Related:
You Don't Have to Be a Basketball Fan to Appreciate Steph Curry's Good Looks

Stephen and Ayesha's fun outing also comes on the heels of their family trip to Hawaii last month. The pair was spotted splashing around in the ocean with their two daughters, Riley and Ryan, and Ayesha even blessed us all with a sexy, shirtless snap of her husband posing on the beach. "'Can't keep my hands to myself'😍💁🏽 . . . Selena couldn't have said it better," she wrote. Ayesha is one lucky woman!