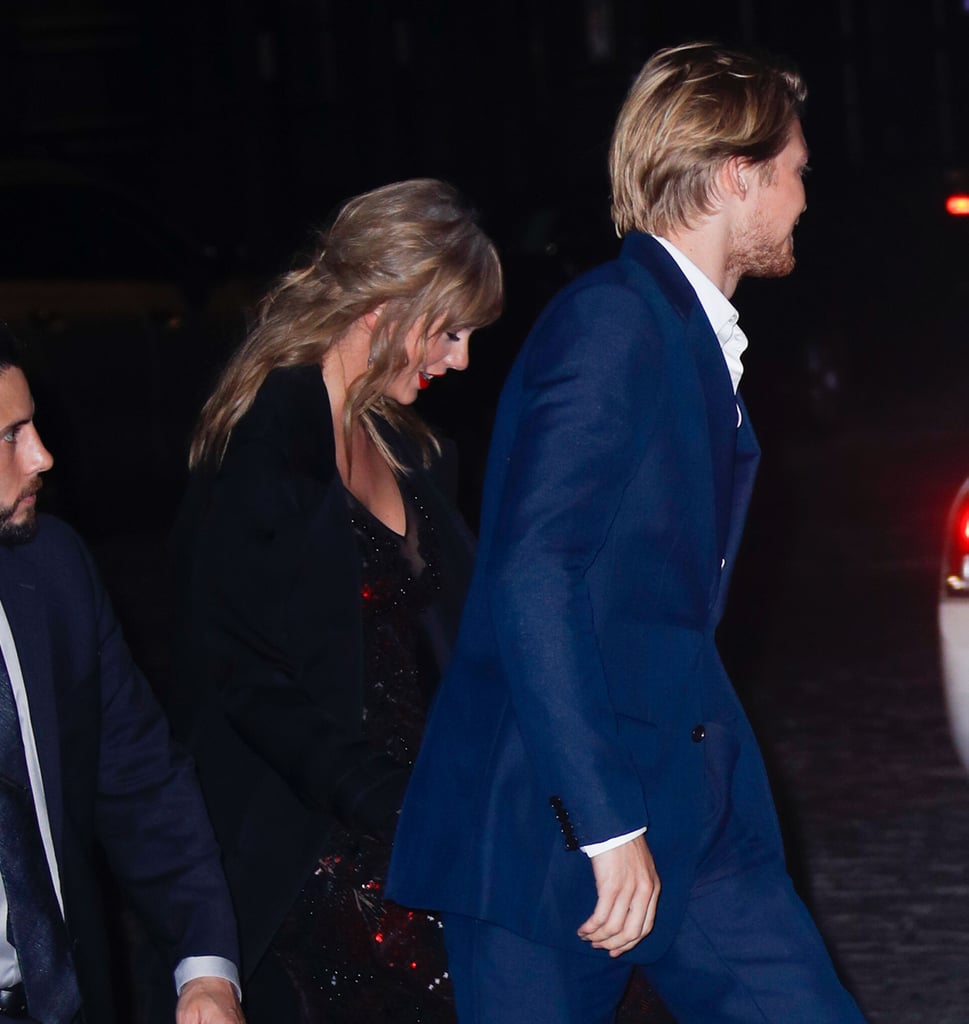 Taylor Swift recently took a break from her busy Reputation stadium tour to show support for her beau, Joe Alwyn. The 28-year-old singer showed up to the New York Film Festival premiere of Joe's movie The Favourite on Sept. 28, which is rumored to be the couple's anniversary. While the two didn't walk the red carpet together, they left hand-in-hand in a rare show of PDA.

Taylor chose a sparkling body-hugging red and black gown for the special occasion, and Joe opted for a dashing blue suit. While it's clear she was there to cheer on the English actor, this premiere also reunited her with old friend (and Joe's costar) Emma Stone, and she spent time chatting with other attendees, like Jennifer Lawrence.

Joe and Taylor have kept their relationship private since their relationship was first confirmed in 2017, but every so often we get sweet peeks at their fairy-tale romance. Call it what you want to, but it looks like these stars are smitten. See more photos from their glamorous date night ahead.