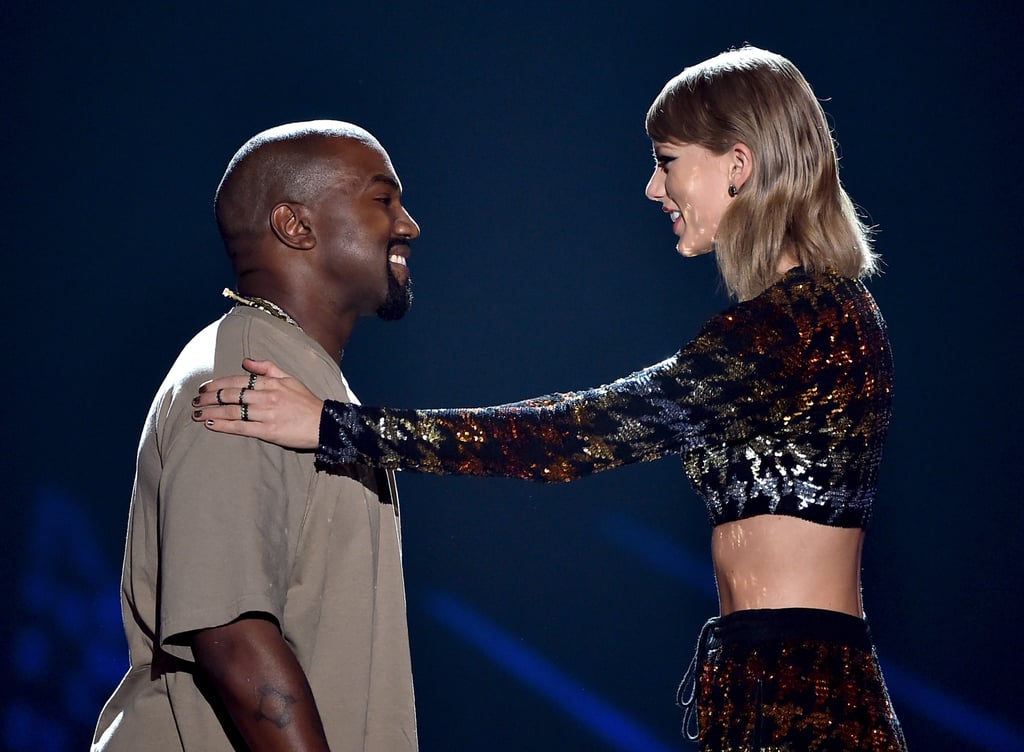 Taylor Swift and Kanye West Share a Humorous, Heartfelt Moment at the VMAs

Taylor Swift took the stage during Sunday's MTV VMAs to present the Video Vanguard Award to Kanye West. The singer, who arrived in style for the show with her group of girlfriends, referenced her and Kanye's "infamous encounter" in 2009 during her sweet speech and waxed poetic about his prolific career. Before welcoming the rapper to the stage, she re-created their first meeting by saying, "I'm really happy for you, and Imma let you finish, but Kanye West has had one of the greatest careers of all time!" Kanye later thanked the singer for "being so gracious" before launching into an insane 20-minute acceptance speech that included a 2020 presidential run. Keep reading to see photos and video from Taylor and Kanye's humorous, heartfelt moment.