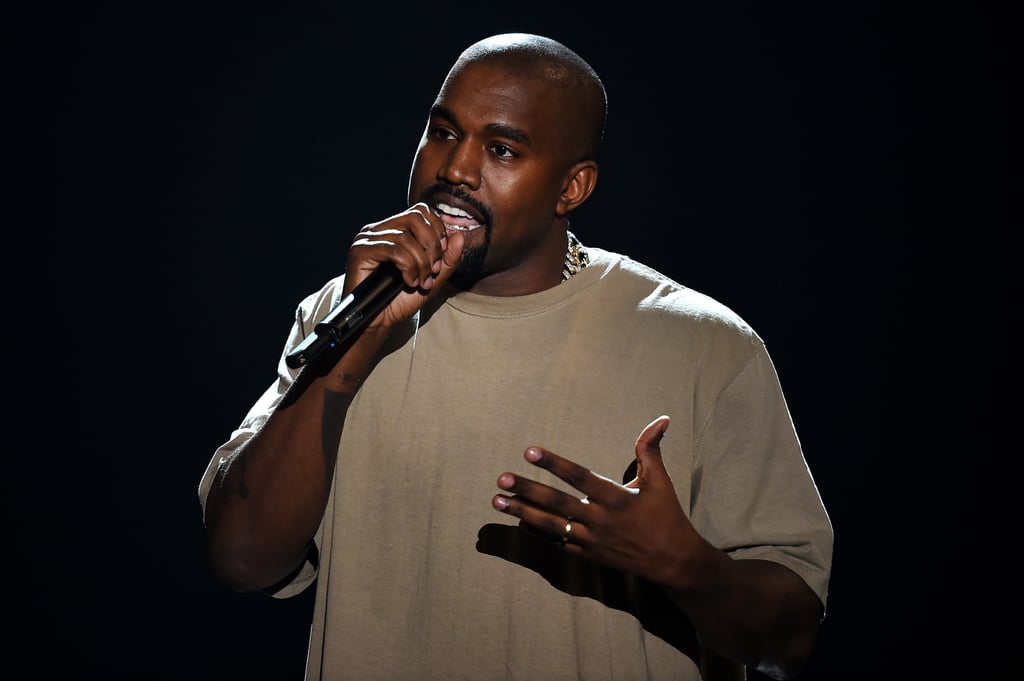 Kanye West took home a special honor at this year's MTV Video Music Awards, where the rapper hit the stage for one very long acceptance speech and one very big announcement: a presidential run. Taylor Swift presented Kanye with the Michael Jackson Video Vanguard Award while his wife, Kim Kardashian, and the rest of the Kardashian-Jenner crew supported him in the audience. The rapper launched into a long acceptance speech, and as it came to a close, he said, "I have decided, in 2020, to run for president."

In any case, with this award, Kanye's in good company, as recipients over the past few years have included Beyoncé, Justin Timberlake, and Britney Spears. While Queen Bey memorably slayed a 16-minute medley of her songs last year, when JT won, he took the opportunity to reunite with *NSYNC for the first time in 10 years. Keep reading to watch Kanye's speech, then check out must-see GIFs of Kanye dancing during the show.