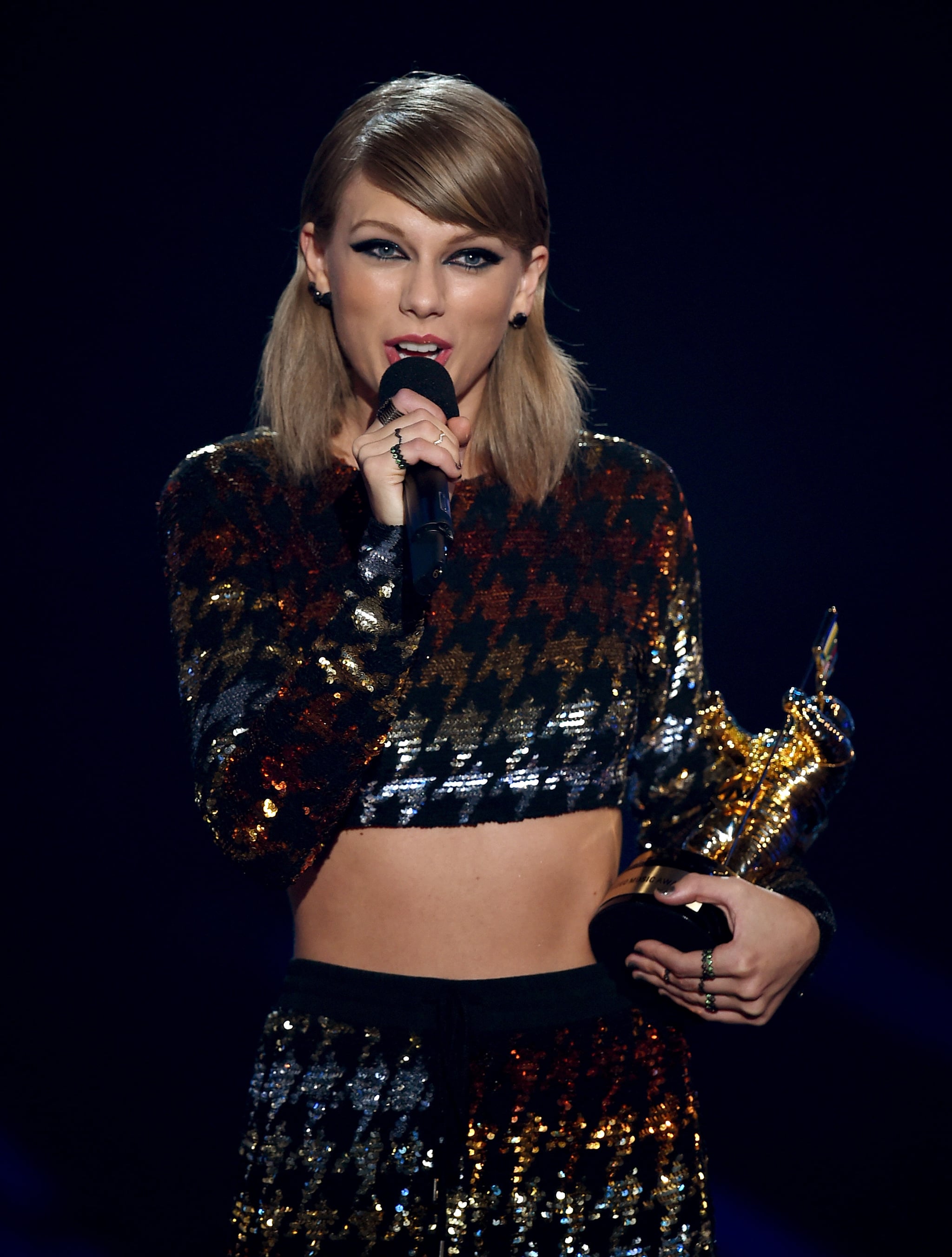 Taylor Swift and Kanye West's relationship came full circle at Sunday night's MTV VMAs when the singer presented him with the Michael Jackson Video Vanguard Award. Before Kanye took the stage, Taylor referenced her and Kanye's "infamous encounter" in 2009 and complimented the rapper on his storied career in music, art, and fashion. Taylor then told the crowd, "Something that you may not know is that Kanye West's first album, College Dropout, was the first album my brother and I ever bought on iTunes when I was 12 years old."

After thinking about her statement for a few minutes, it hit me: College Dropout came out in 2004, and we all know by now that Taylor was born in 1989 — this would have made her 14 years old, not 12. Maybe Taylor's memory was fuzzy on the actual date, or maybe she was just a late bloomer when it came to discovering hip-hop music, but either way, it's a little weird. Was it an innocent mistake on Taylor's part, or is it possible that she wasn't telling the truth?