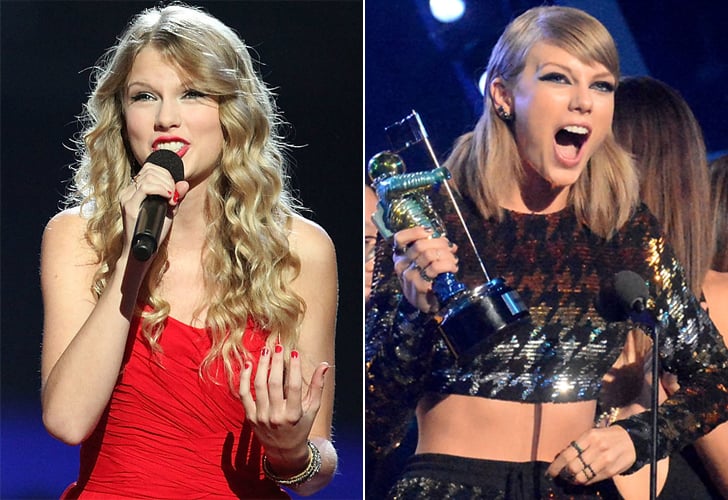 Take a Nostalgic Look Back at Taylor Swift's VMAs Evolution

Taylor Swift has quite the history with the MTV VMAs, and although Kanye West's interruption may have made the most headlines, she's had plenty of other memorable moments at the show over the years. It's been seven years since she made her VMAs debut, and this week, not only did she hit the stage for a surprise performance, but she also took home several awards, including video of the year, best female video, and best pop video. Keep reading for a look back at Taylor Swift's appearances at the MTV VMAs, then see the best moments from her incredible year so far plus all the times she and her friends gave you #squadgoals.