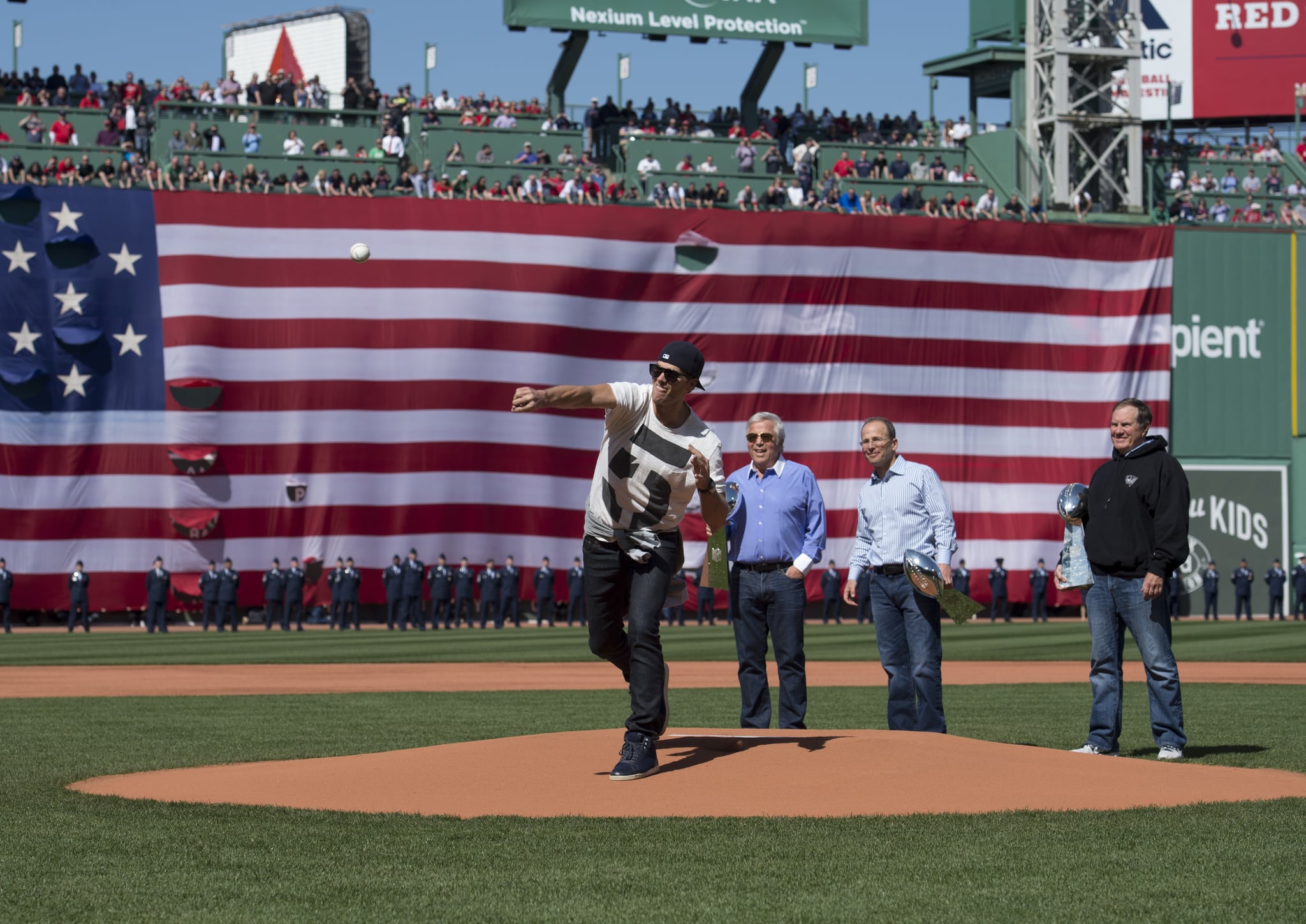 Tom Brady is the latest star to be inducted into the Horrendous First Pitch Hall of Fame. The New England Patriots quarterback — and recent Super Bowl winner — proved that not everyone can be Chrissy Teigen when he threw out the first pitch at Fenway Park for the Boston Red Sox game on Monday. Tom took the plate to throw the ball, but sadly it swerved, bounced, and only just made it to catcher David Ortiz. If that wasn't embarrassing enough, Tom's gaffe was witnessed by Patriots coach Bill Belichick, as well as the team's owner Robert Kraft and president Jonathan Kraft, who were holding Super Bowl trophies. The bad throw isn't really Tom's fault, as he was probably too busy jumping off cliffs in Costa Rica and playing basketball with Michael Jordan in the Bahamas to practice his pitch. Watch the video of Tom's embarrassing moment below now, then check out more celebrities throwing out first pitches over the years.

Sports
Scottie Pippen Eventually Got His Due, With His NBA Earnings Surpassing Even Michael Jordan
by Amanda Prahl 4 days ago

Sports
Scottie Pippen Ultimately Retired as a Chicago Bull, After Being Traded Years Earlier
by Amanda Prahl 4 days ago