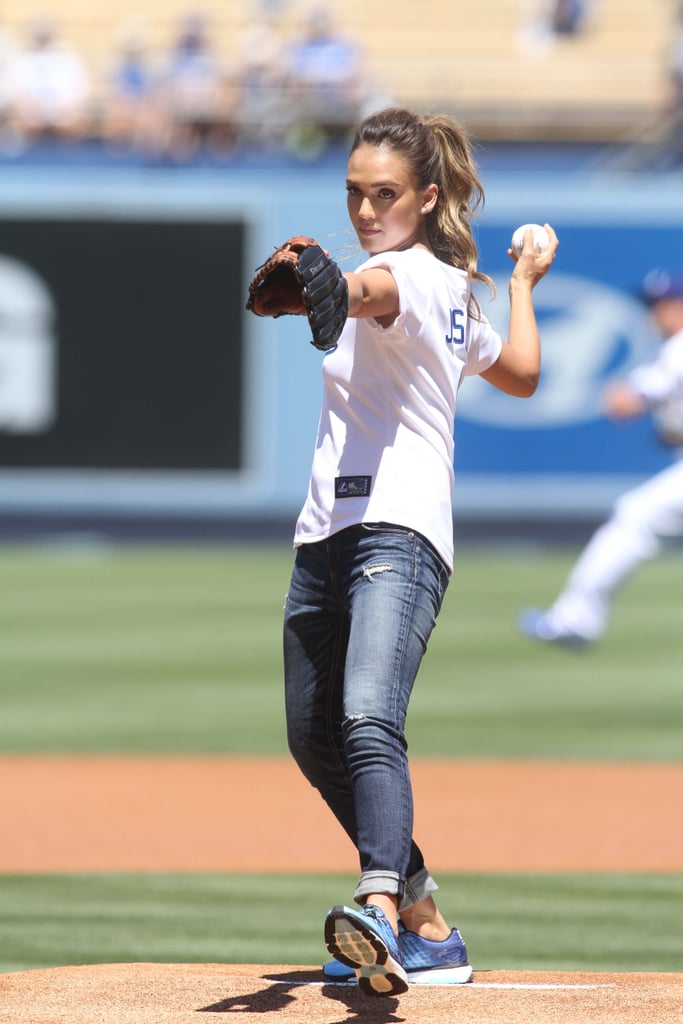 Pitch Perfect — Stars Get Their Game On!

We're currently in the middle of baseball season and many stars have had the honor of taking the mound to throw the first pitch for their favorite baseball teams as well. Jessica Alba took to the pitcher's mound over the weekend to throw the first pitch at a Dodgers game in LA, but she isn't the only star who has showed off her baseball skills. Stars like Victoria Beckham, Miranda Kerr, and even Prince Harry got in on the action of America's favorite pastime. Keep scrolling to see the rest of the stars who have thrown the first pitch!