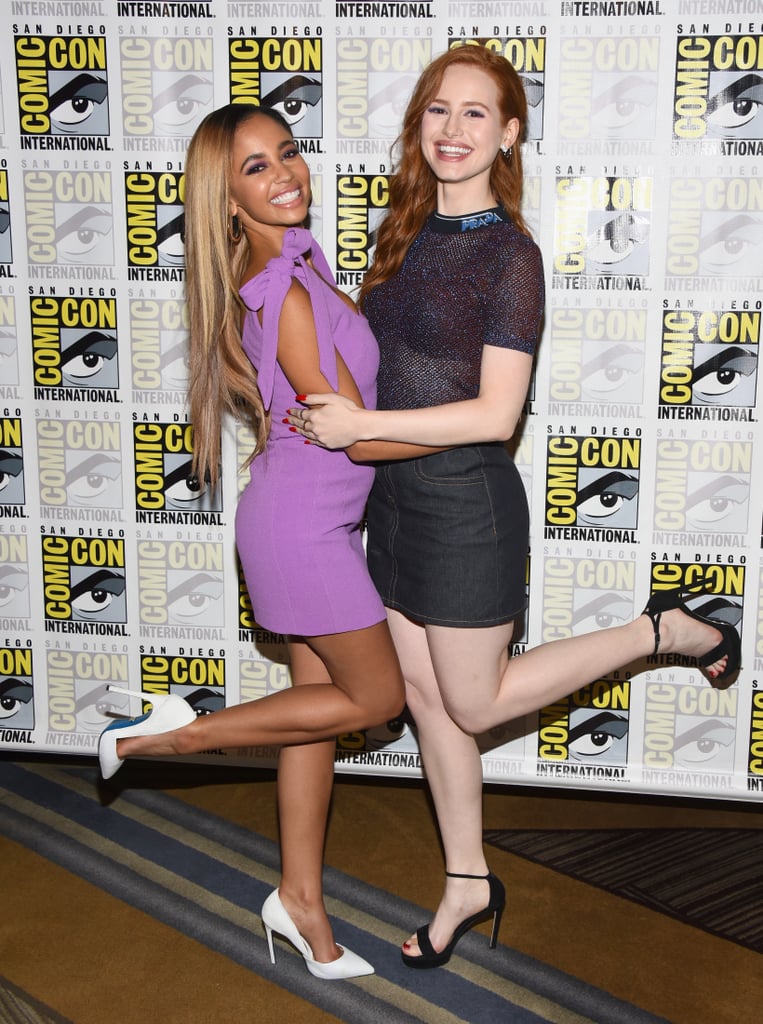 Anyone who watches Riverdale knows that the romances make up a big part of the show. While "Bughead" and "Varchie" certainly have big fanbases, we're becoming more and more obsessed with Cheryl and Toni's relationship. Not only are they the perfect match, but the actresses who play them, Madelaine Petsch and Vanessa Morgan, are super tight as well. During POPSUGAR Play/Ground in June, Vanessa gushed that working with her friend Madelaine was like winning the lottery. "Not only am I going to be on the same show as my best friend, but now we get to be girlfriends," she said. "Instead of kissing one of the actors on the show, it might as well be your best friend." Now that the series is back for season three, let's look back at Madelaine and Vanessa's cutest friendship moments.

Related:
When They're Not Surrounded by Murder, the Riverdale Cast Is Like 1 Big Family IRL
0
previous images
-16
more images
Previous Next Start Slideshow
Celebrity InstagramsMadelaine PetschRiverdaleRed CarpetVanessa MorganCelebrity Friendships
Around The Web