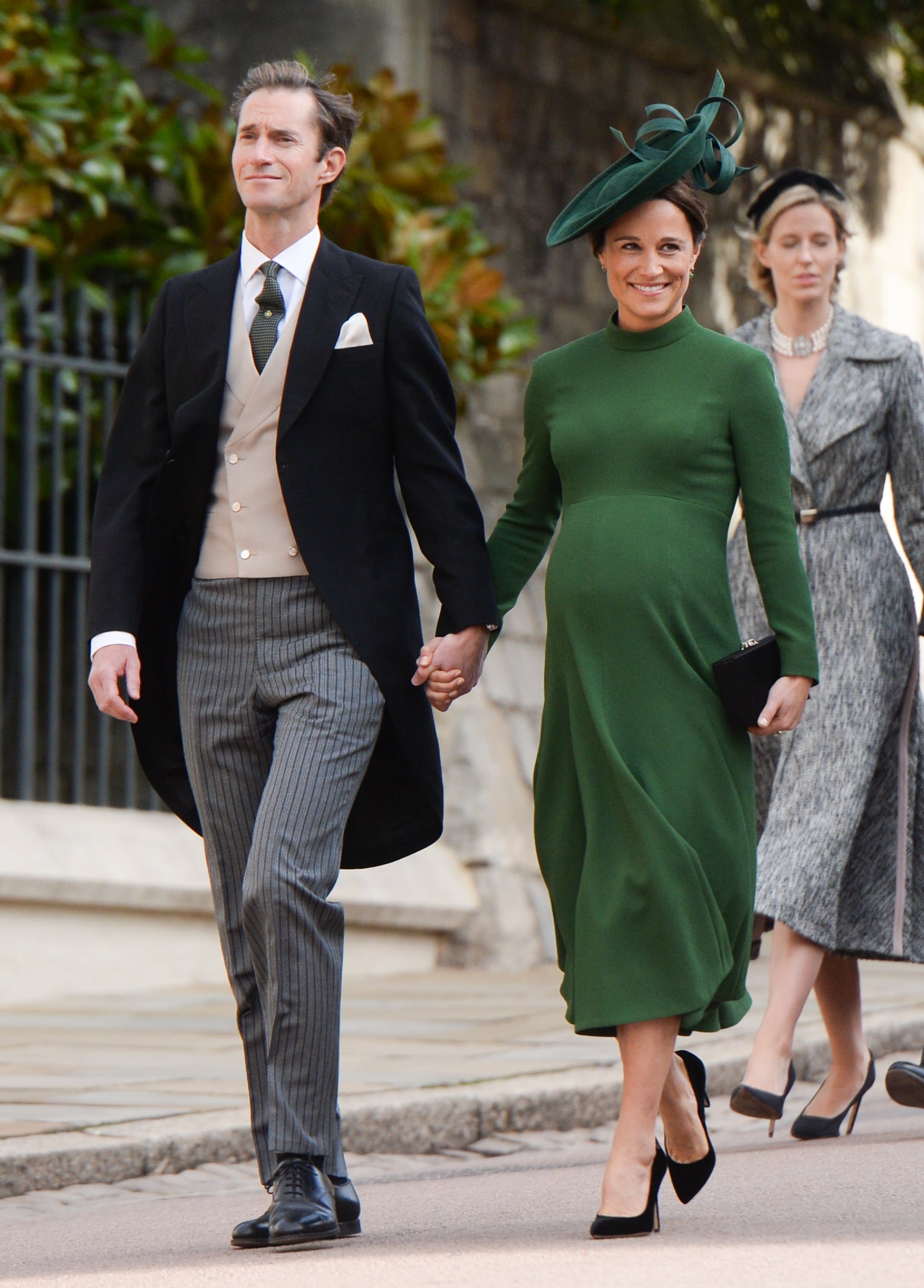 Almost a month after having welcomed their first child, Pippa Middleton and James Matthews have finally revealed the name chosen for their baby boy. According to People, the couple opted for a three-part moniker: Arthur Michael William.

Arthur was born on Oct. 15 at London's St. Mary's Hospital (the same hospital where Kate Middleton gave birth to Prince George, Princess Charlotte, and Prince Louis), just three days after his parents made a surprise appearance at Princess Eugenie and Jack Brooksbank's wedding.

While it hasn't been confirmed, it is thought that the name Michael was chosen to honor James's late brother Michael Matthews, who sadly passed away at the age of 22 after having reached the summit of Mount Everest in 1999. James's brother, British reality TV star Spencer Matthews, also chose the same middle name for his son, Theodore Frederick Michael, who was born in September. Of course, Pippa and Kate's father is also named Michael.

After months of speculation, Pippa announced her pregnancy in April when she opened up about her first trimester in a guest column for UK's Waitrose magazine. The news came just a day before Kate Middleton gave birth to Prince Louis and a little bit less than a year after Pippa and James tied the knot at St Mark's Englefield in Berkshire.