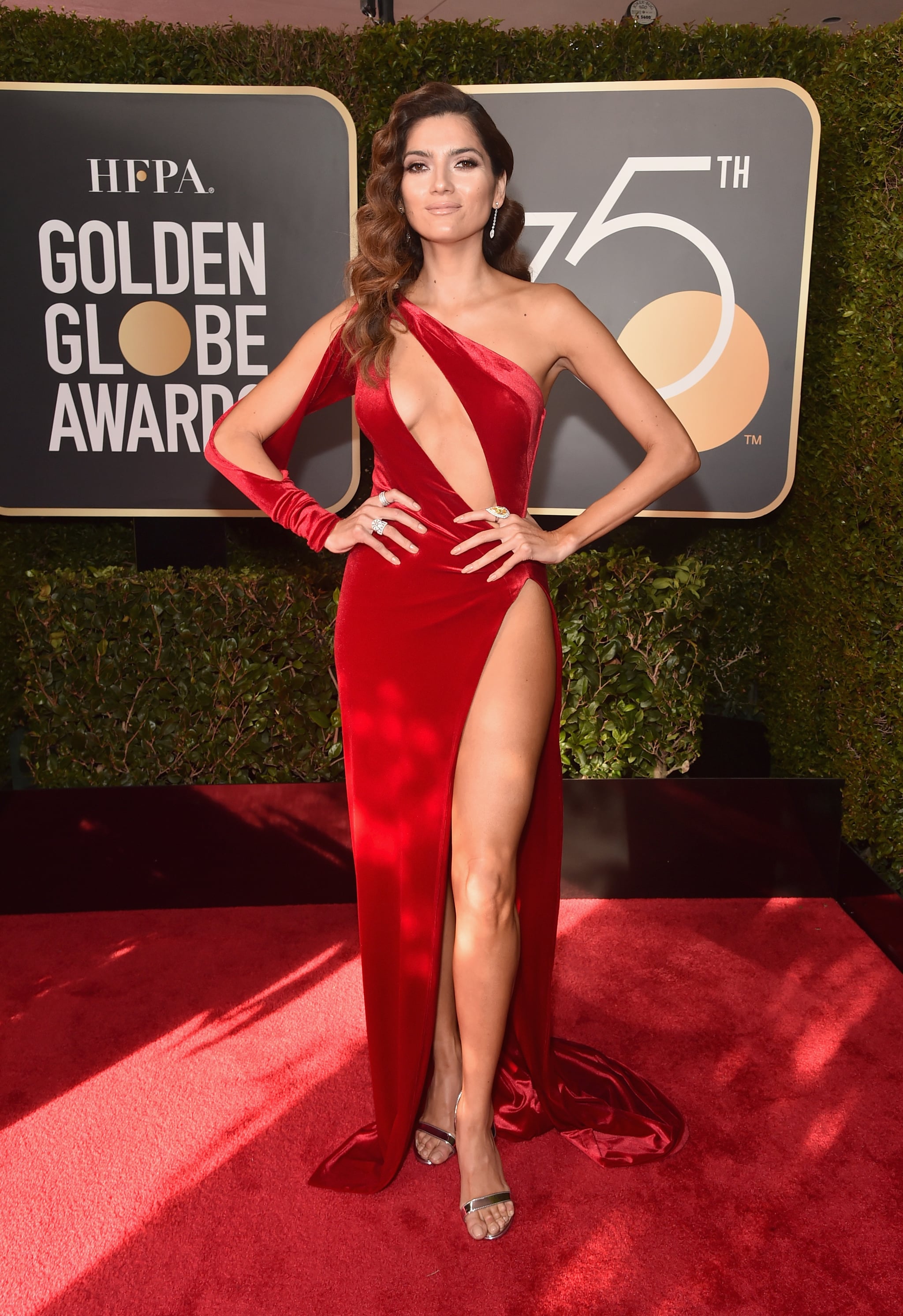 The women of Hollywood came together in a big and beautiful way on Sunday night when they all wore black in solidarity with the Time's Up movement about ending sexual harassment and gender inequality. Despite all wearing the same color, actresses like Meryl Streep, Tracee Ellis Ross, and Jessica Biel still stood out due to their powerful quotes about supporting women. One actress, however, stood out for the worst reason.

While it's unclear exactly why she was in attendance, this isn't her first controversial award show moment. In 2017, Blanca, who is known for her somewhat attention-seeking behavior, had an unfortunate wardrobe malfunction on the Oscars red carpet when her dress, which featured a very long slit, revealed a bit too much.

Despite her decision to wear a red dress, all of the actresses we love so much came through and wore black. Thanks, ladies.