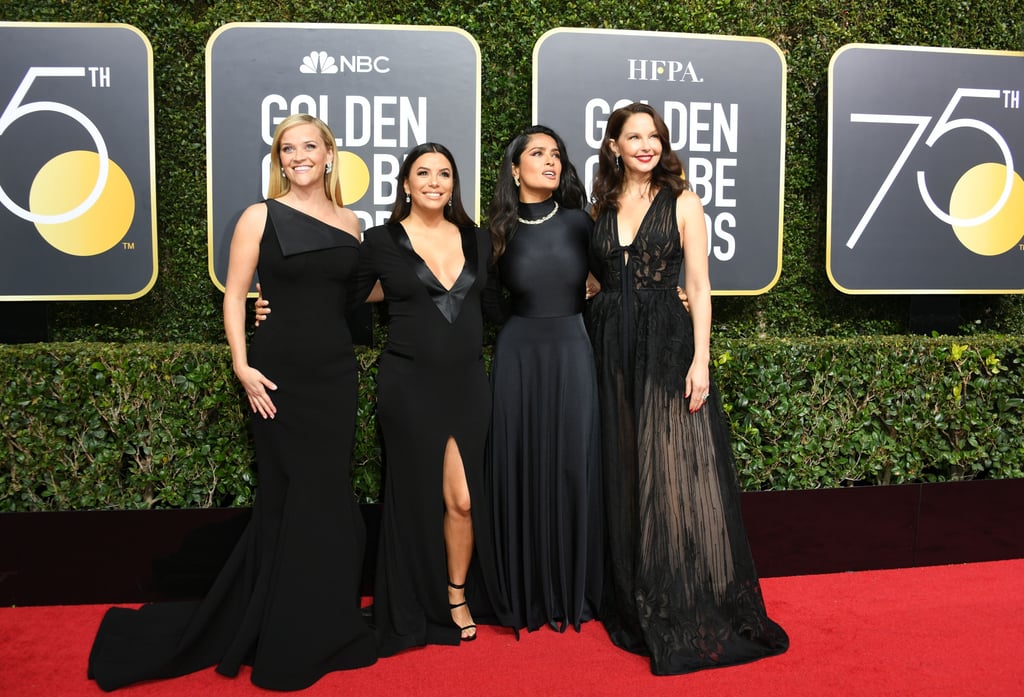 With plenty of Hollywood's stars coming together to support the black dress initiative (a protest against sexual harassment that might extend to future red carpets, too), we were prepared for a 2018 Golden Globes that struck a different tone. As far as fashion was concerned, women skipped out on all the glamour and forwent risky designs for looks more muted in tone.

Collectively, that made for quite the statement — as did the Time's Up pins spotted among the crowd. These special accessories were brought to life by Reese Witherspoon and spoke to the message of the evening in the wake of the Harvey Weinstein scandal. As you can see, while we still watched to see what everyone wore, we were also in tune to the motive behind the style code. It was plain proof that clothes can hold a lot of weight.

Ahead, see every arrival of the night as you anticipate the looks at the 2019 ceremony.