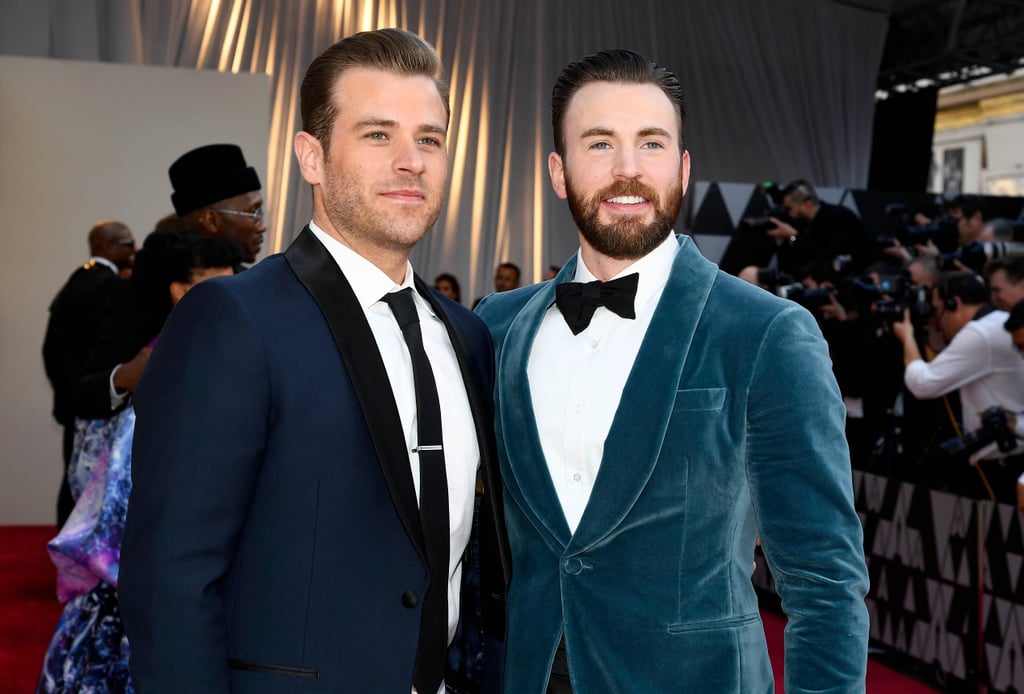 Chris Evans's Brother, Scott, Showed Up at the Oscars, and We're Going to Need a Moment

Chris Evans made an appearance at Sunday night's Oscars, appearing as one of the "big name" presenters on the host-less broadcast. Not only did he present the award for best production design to Hannah Beachler from Marvel studio-mate Black Panther, but he also became one of the heroes of the evening for gallantly escorting best supporting actress winner Regina King up the stairs after the train of her gown got caught. But even when he was just walking the red carpet, he already had the internet buzzing thanks to his "date": his brother, Scott. If you've been googling to find out who the other Evans brother is, we've got you covered.

Scott, who is two years younger than Chris, is an actor too! He's best known for his stint on the ABC soap opera One Life to Live. From 2008 to 2010, he played Oliver Fish, a young police officer who eventually becomes romantically involved with another male character. After the storyline was dropped from the soap, he was also dropped from the show and moved on to a series of guest spots on other TV shows, ranging from the sci-fi drama Fringe to the crime series White Collar to HBO's dramedy Looking. Most recently, he's snagged a recurring role again on Netflix's comedy Grace and Frankie. From the fourth season onward, he's played, coincidentally enough, a character named Oliver.

For the most part, Scott has kept a lower profile than his superstar brother. He often posts ridiculously adorable photos with boyfriend Zach Volin on his Instagram, though he rarely references Chris on his social media. Even so, he does appear on red carpets from time to time to support his big brother. Check out more pics of Scott — with and without Chris — ahead!