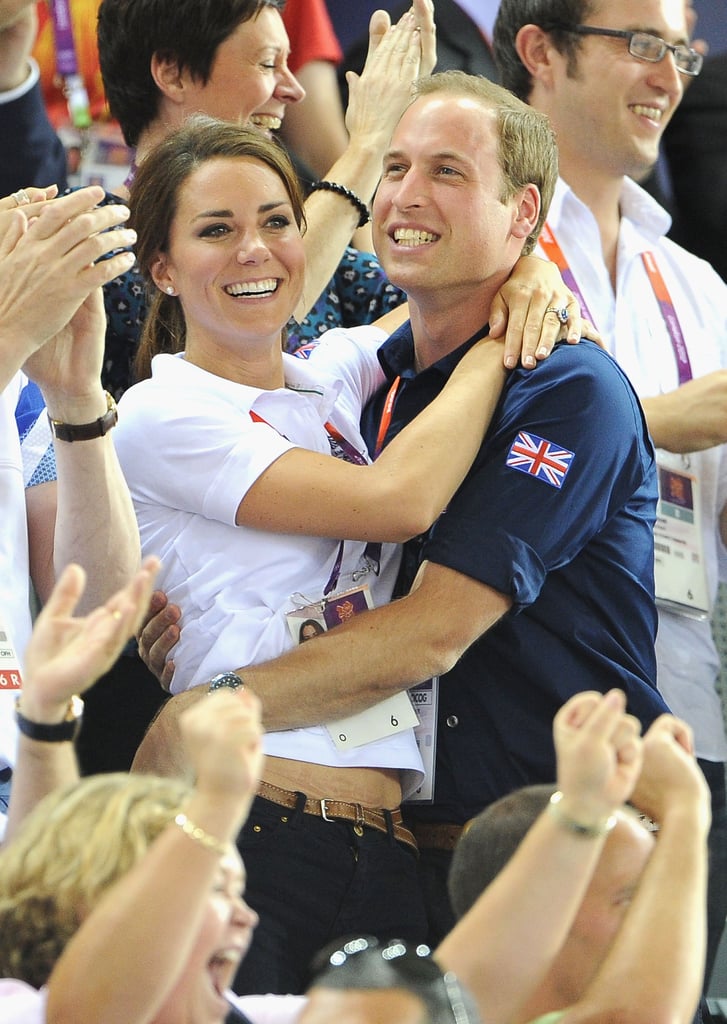 When Kate Middleton married Prince William in 2011, she entered into a totally new territory, one full of palaces, public outings, and closely guarded protocol. Some of the royal rules include curtsying to the queen, accepting flowers from adoring fans, and fulfilling philanthropic responsibilities. With everything she gained as Duchess of Cambridge, it seemed like one of the things Kate lost was the freedom to show PDA with her adoring husband. While we've seen the couple out and about a ton together since they tied the knot, it's rare to see them touching each other, especially hugging or kissing.

It may seem like there's royal protocol at play, but contrary to popular belief, there actually isn't any formal rule that discourages the couple from showing PDA. Rather, since Kate and Will are "working representatives of British Monarchy," they likely just prefer to remain professional during their public outings and obligations and are mindful of how it may come off if they're just all over each other at, say, a children's hospital or church visit. It's also a nice way of keeping their private lives separate from their public personas and an attempt to avoid any weird speculation about even the slightest smooch or cuddle.

William can usually be seen reaching for his wife or resting a helping hand on her back while walking together. He and Kate haven't shied away from sharing a hug at sporting events, holding hands during a joint appearance, or generally showing off their sweet chemistry, but we've only seen them kiss three times — and two of those times were during their wedding. Here are the times we've gotten a peek at the royal couple's sweet public displays of affection — here's hoping for many more!