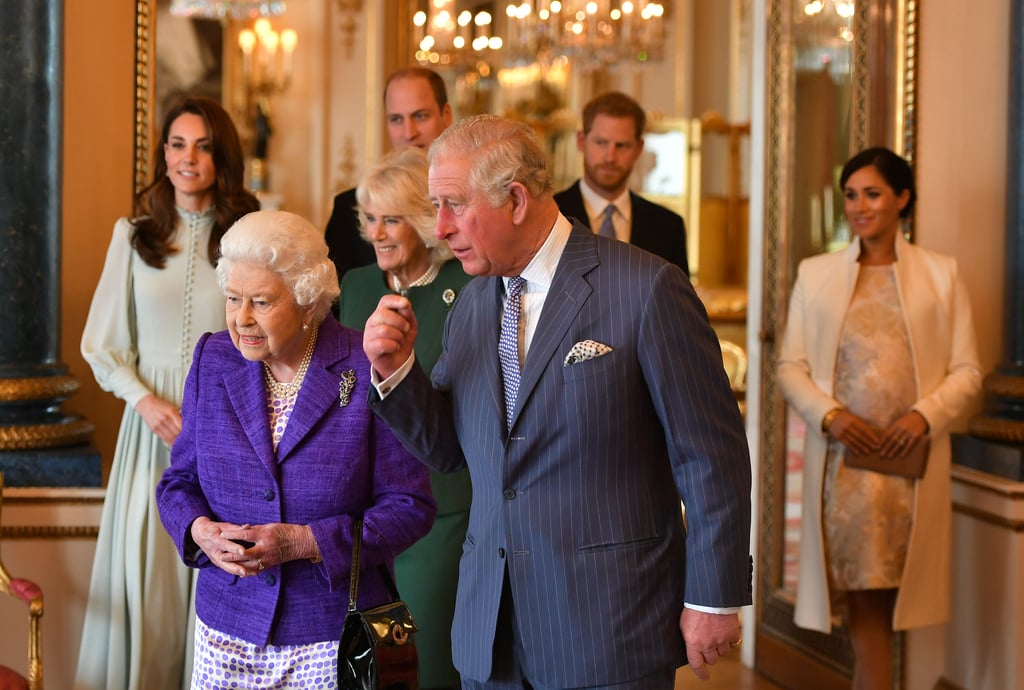 The British royal family arrived at Buckingham Palace on March 5 for a very special celebration in honor of Prince Charles. It's been 50 years since the prince's investiture, when he formally became the Prince of Wales, and he was surrounded by his closest relatives at a special morning reception that marked the important anniversary. Queen Elizabeth, Princess Anne, and Camilla, Duchess of Cornwall, were all in attendance, but for many royal fans, the big reason to get excited was the chance to see Prince William, Kate Middleton, Prince Harry, and Meghan Markle, aka the royal "Fab Four," back together.

Related:
8 Times We Wished We Were Part of the Royal Fab Four

The Duke and Duchess of Cambridge and the Duke and Duchess of Sussex have been busy in their royal roles recently, not to mention with their growing families. After splitting their offices to manage the workload and their differing roles within the senior royal family, they've embarked on far more solo engagements than they have as a group. However, they all came together to celebrate Charles's continued service to Wales, the UK, and the Commonwealth. See photos from this momentous family occasion ahead, get details on what Meghan and Kate wore, and stay tuned for more.

by Princess Gabbara 35 minutes ago