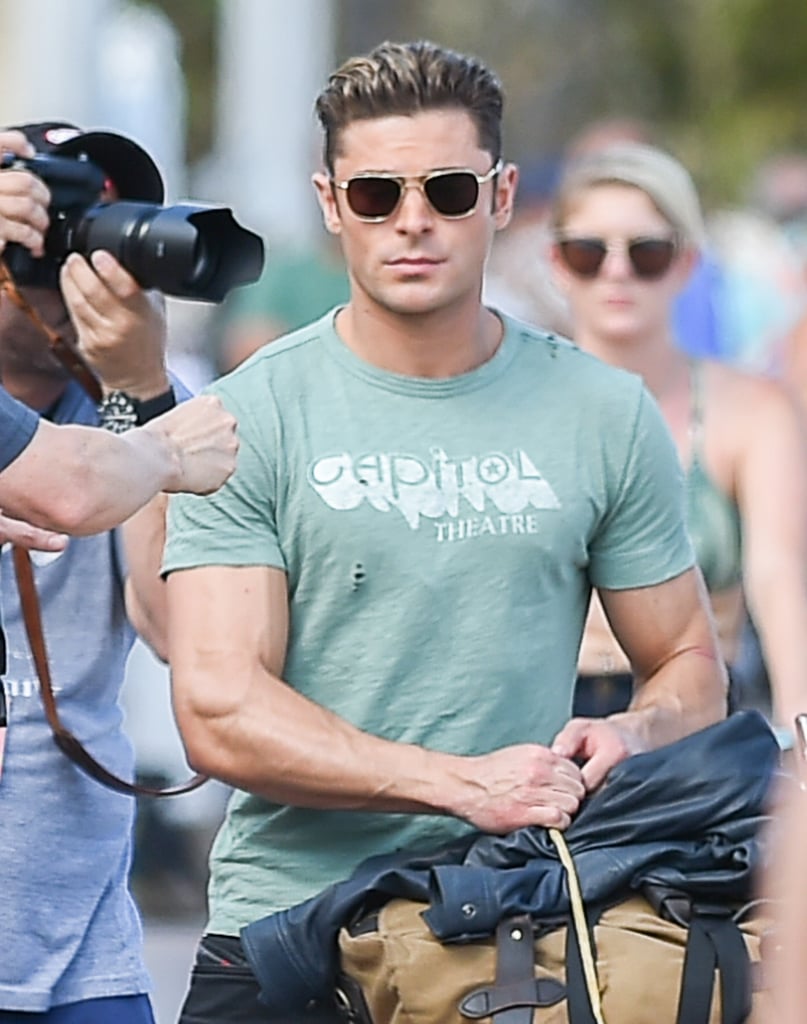 Zac Efron was spotted on the set of Baywatch in Boca Raton, FL, on Monday, looking like his usual hot self. The actor showed off his bulging biceps in a green t-shirt while filming on the street, where, naturally, onlookers stopped to get a glimpse of the handsome star. That same day, Zac uploaded a photo of his character Brody on Instagram, writing, "Meet Brody. Cruising into The Bay with nothing to his name but a duffle bag and a bike #Baywatch."

Zac's costar Dwayne Johnson has also been hard at work. Just last week, Dwayne brought his signature charm and muscular physique to the set, where he was seen shooting a rescue scene with Zac and their costar Ilfenesh Hadera. Read on to see more of Zac and his insane muscles, and then see how much he's changed in the past decade.

Will Smith
Will Smith and Martin Lawrence Confirm "Bad Boys 4": "It's About That Time!"
by Eden Arielle Gordon 16 hours ago