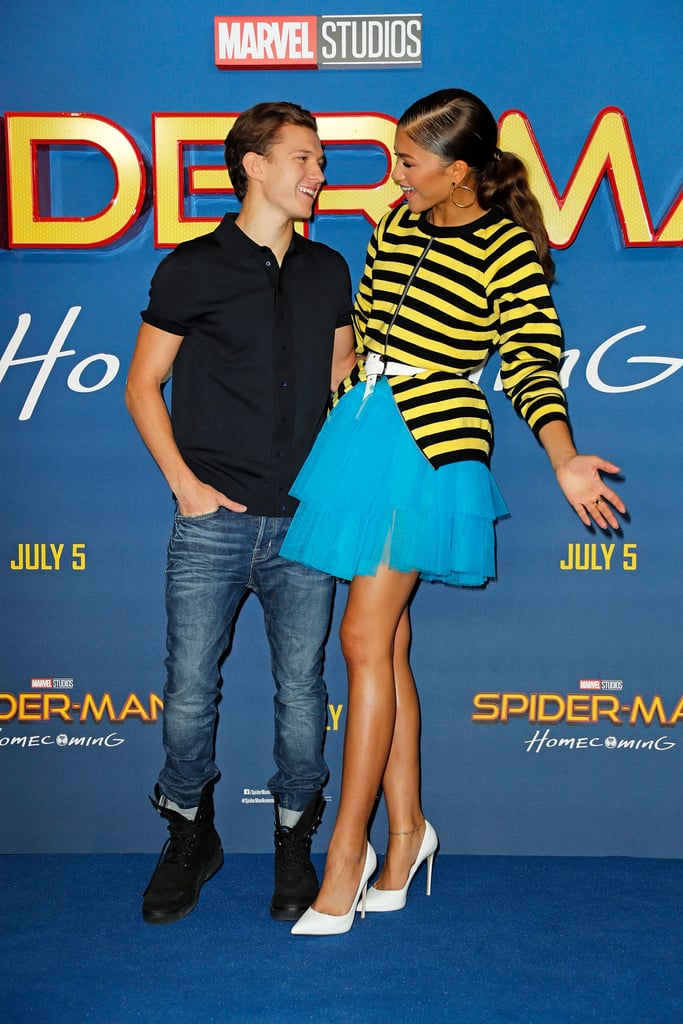 Zendaya and Tom Holland make a cute pair on and off screen. The duo have been sparking romance rumors ever since they first costarred in Spider-Man: Homecoming, and it seems like their onscreen romance has officially developed into a real one. In July, the costars were spotted sharing a kiss in LA, and in August, they looked pretty cuddly while attending a friend's wedding together. Though the two have yet to comment on romance rumors themselves, Tom's sweet birthday tribute for Zendaya speaks volumes.

Over the years, the two have shared some really cute moments together — including battling it out on stage during Lip Sync Battle and goofing off on the red carpet — and we're sure to get even more glimpses of their bond as as they promote their upcoming film, Spider-Man: No Way Home, in December. Until then, take a look at Zendaya and Tom's best moments together.

Related:
Now That Zendaya and Tom Holland Are Finally Dating, Let's Look Back at How They Got Here
Previous Next Start Slideshow
ZendayaTom HollandCelebrity CouplesRed CarpetSpider-Man HomecomingCelebrity Friendships

Celebrity Hair
Who Needs a Statement Necklace When You've Got a Chain Ponytail Like Moses Ingram's?
by Victoria Messina 2 days ago