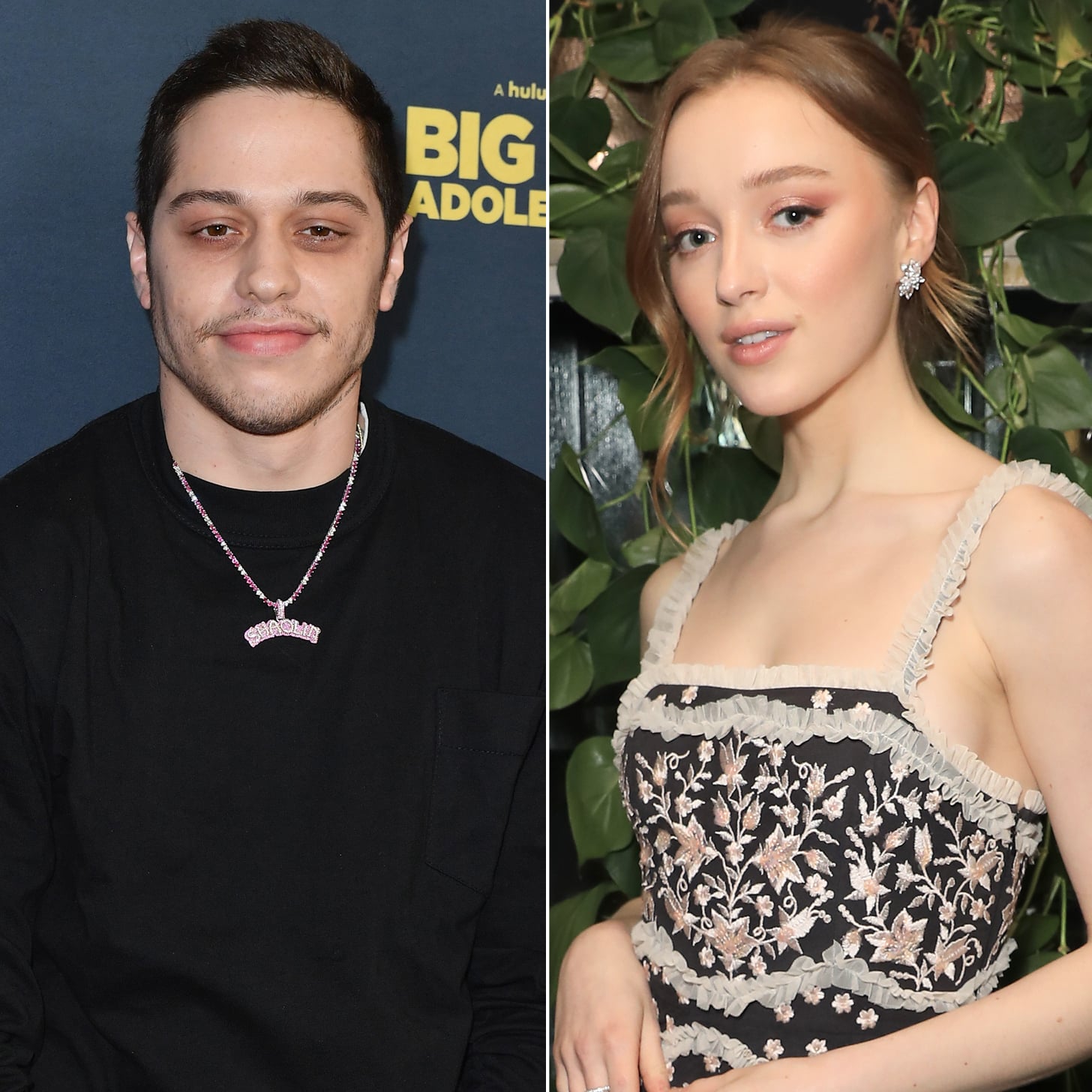 As if the idea of Pete Davidson and Phoebe Dynevor dating couldn't get any cuter, he might've just called her his crush. During a Zoom Q&A with students at Marquette University on April 11, Pete was asked about his celebrity crush. He replied, "I'm with my celebrity crush." Though he didn't confirm the star by name, it's safe to assume he was talking about Phoebe.

After weeks of speculation, Us Weekly confirmed on April 5 that the two were a couple. "Pete and Phoebe are still going strong despite not being able to physically spend time together," a source told the outlet. The 25-year-old Bridgerton star is currently filming The Colour Room in the United Kingdom, while the 27-year-old Saturday Night Live comedian is in the States. "They keep in touch over text and FaceTime. Right now, they're just focused on work. . . . They're not looking to rush things," the source added.

Related:
​Wondering How Pete Davidson and ​Phoebe Dynevor Met? So Are We​

According to Entertainment Tonight, Phoebe and Pete reportedly "hit it off" after meeting at a gathering in New York City. A fan apparently spotted them holding hands in the UK in March, though neither Pete nor Phoebe has publicly addressed the status of their relationship. "They started off as friends and quickly realized there was chemistry between [them]," an insider said. "Pete and Phoebe started out casually dating but things have gotten a bit more serious recently."

Phoebe is set to ring in her 26th birthday on April 17, and Pete is reportedly planning to visit her to celebrate. "They're happy with each other," Us Weekly's source said. "He makes her laugh. Pete is a good guy and definitely a charmer. He's easy-going and fun to be around." Phoebe was linked to Skins alum Sean Teale in 2017, while Pete was previously engaged to Ariana Grande before he dated Kaia Gerber in 2019.