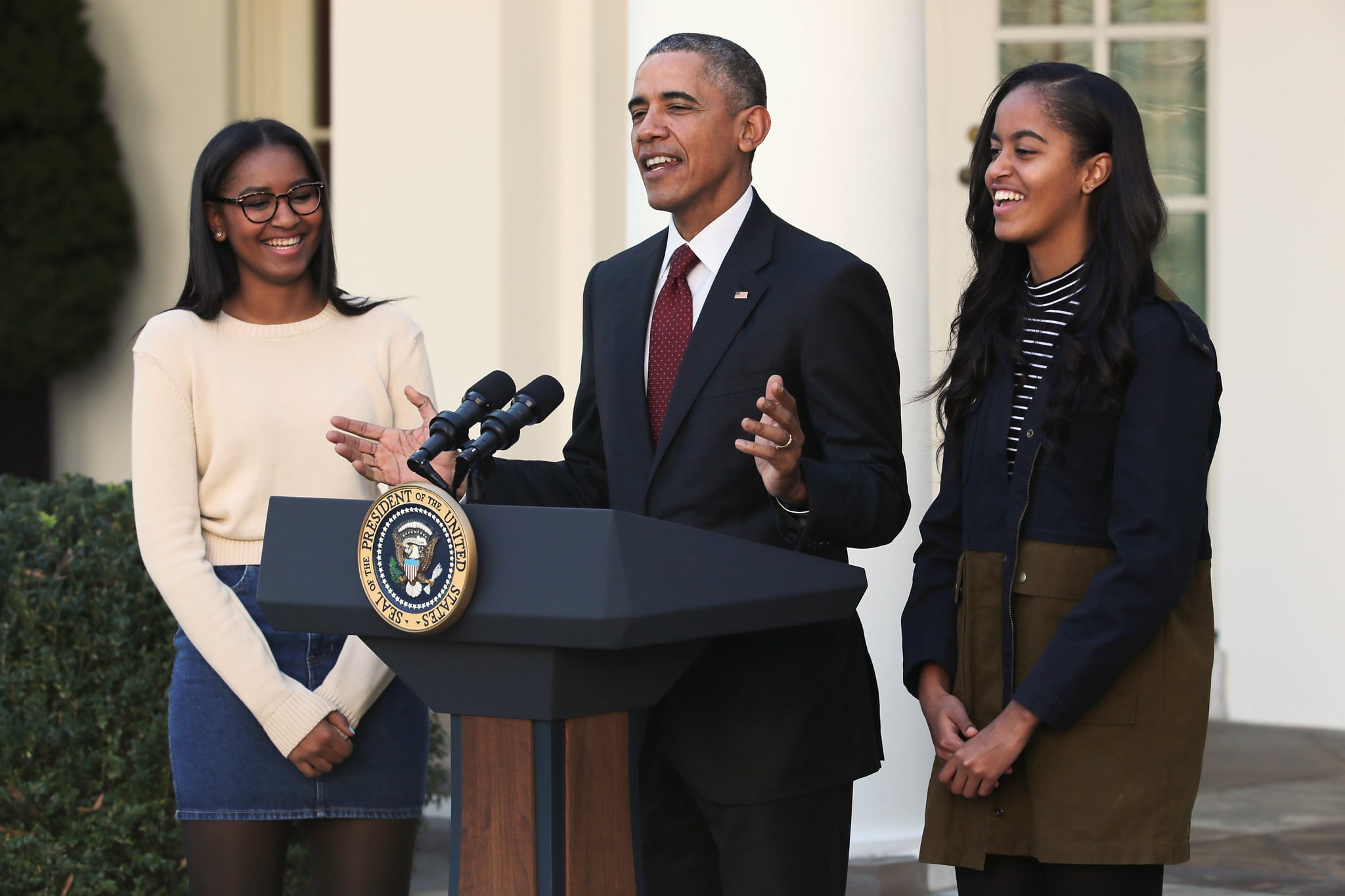 Image Source: Getty / Chip Somodevilla
Barack Obama might have been the president of the United States, but he's still not cool enough for his daughter Sasha. At least, he's not cool enough to know about some of her favorite songs. In an interview on Snapchat's Good Luck America series, Barack revealed that his 19-year-old daughter has a secret SoundCloud playlist that she refuses to share with him. "Sasha is more protective of her music," the A Promised Land author told host Peter Hamby. "There's certain things on SoundCloud. She has like a private playlist. She won't share all of them with me, because she's not sure I'm hip enough. But, nah, man, I'm keeping up for an old guy."

He then shared that he confers with both Malia, 22, and Sasha before unveiling his anticipated annual year-end playlists. "Those are the fresh cuts," he said. "There, I will confess that I do consult with Malia and Sasha throughout the year. I'm constantly listening to their music, sometimes by request, and sometimes just because that's what's blaring in our house. So, you know, I pick up on some trends." However, Barack's A Promised Land playlist — which features Beyoncé, Jay-Z, Aretha Franklin, The Beatles, Stevie Wonder, and more — was curated based on the tracks mentioned in the memoir. If Sasha helped him create the collection of tunes, surely there would have been some TikTok bangers, but I digress. Watch Barack's interview ahead!