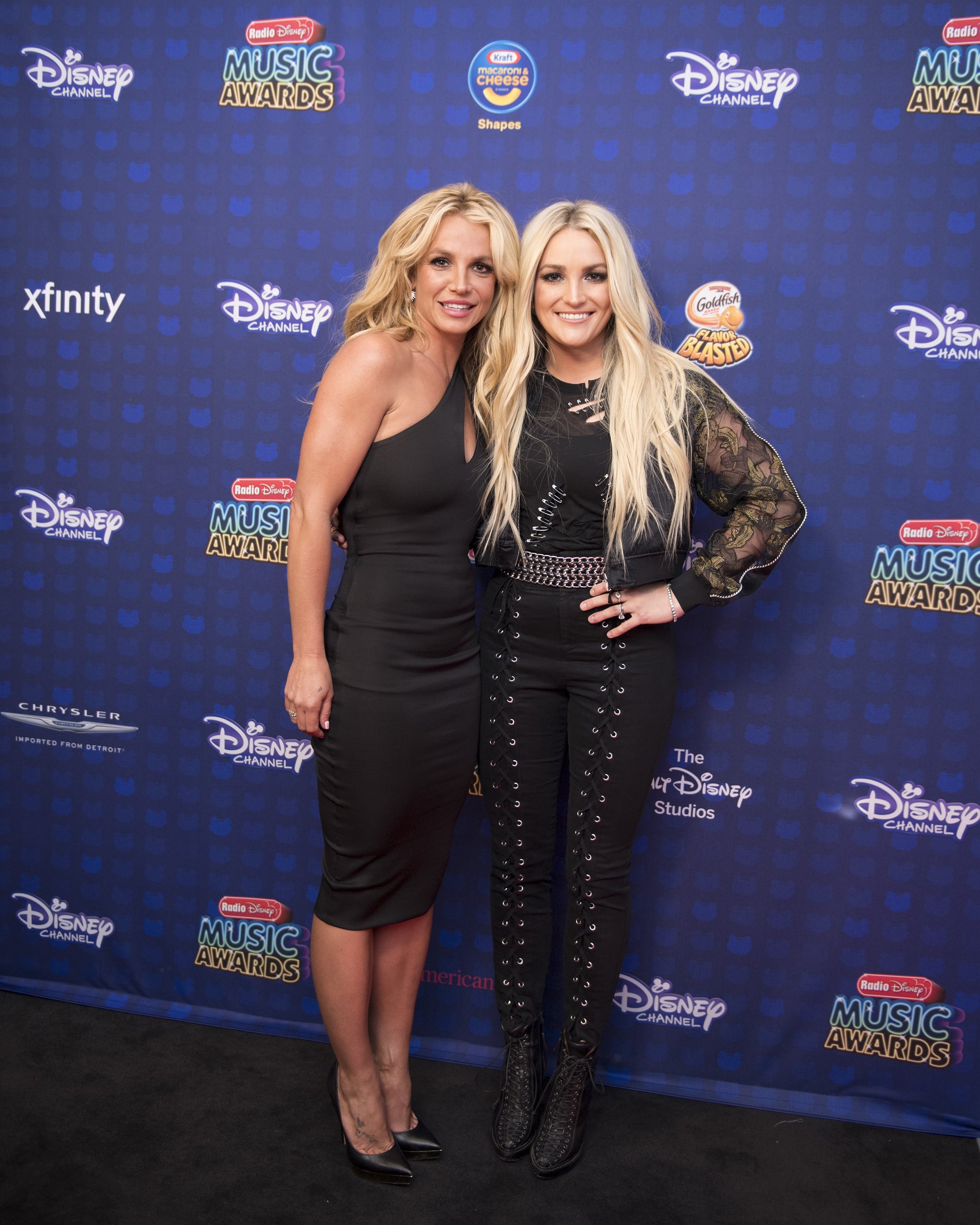 After months of feuding on social media, Britney Spears seemed to reach out to her little sister, Jamie Lynn Spears, in an Instagram post shared on Dec. 2. On Friday, Britney turned 41, and she used the occasion of her birthday to post a tribute to her 31-year-old sister. Additionally, she also posted separate tributes to her estranged sons, Sean Preston and Jayden James.

Britney's post included two photos of Jamie Lynn, alongside a message for her sister. "It's my b-day but you're my heart so I'm thinking about you . . . congratulations on being so brave, inspiring, and showing guts and glory in your show 🎉 !!! You ain't alone . . . if anybody knows what that feels like . . . I get it 🤧🤧🤧 My baby sister !!! I love you !!!" she captioned the photos.

The "Toxic" singer's post left many fans confused, since Britney and Jamie Lynn have been feuding since the "Sweet Magnolias" star appeared on "Good Morning America" on Jan. 12 to promote her "Things I Should Have Said" memoir. At the time, Jamie Lynn discussed her older sister's conservatorship and alleged that Britney once locked them in a room with a knife.

"It's important to remember that I was a kid in that moment," Jamie Lynn said. "I was scared. That was an experience I had. But I also was fearful to, like, really say anything because I didn't want to upset anybody or anything."

She went on to say that she "only ever loved and supported" her sister and didn't understand why their relationship had seemingly deteriorated. Britney later alleged that Jamie Lynn's comments about the two of them being in a room together with a knife were false. "I've never been around you ever with a knife or would I ever even think to do such !!! The only knife I ever saw you with at home was cutting the biggest pieces of squash I ever saw in my life and it was way too big for me to cut . . . So please please stop with these crazy lies for the Hollywood books !!!" she wrote in a since deleted tweet.

From there, their feud continued to escalate with the sisters penning letters to each other and getting lawyers involved in their dispute. By February, the famous siblings' posts about each other began to slow down, but they never publicly reconciled. Jamie Lynn has not yet responded to her sister's post. (POPSUGAR reached out to Jamie Lynn's reps for comment but did not receive an immediate response.)

Additionally, Britney posted separate tributes to her sons, Sean and Jayden, both of whom she shares with her ex Kevin Federline. The boys and their mother have been estranged for some time, and Jayden did an interview with ITV in September explaining why he decided to live with his father.

Related:
Britney Spears Sends Love to Sons Preston and Jayden For Their Birthdays: "Love You Both So Much"

In addition to the tributes, Britney and her husband, Sam Asghari, also shared more traditional photos and videos from her birthday celebration. The "Baby One More Time" singer posted a video of her husband surprising her with balloons and a cake. "My husband surprised me ✨🎂🎈!!! I'm sick with the flu and he came downstairs . . . he was pretty f*cking smooth !!!! I love you 🥰😘 !!!! It's Mr. and Mrs. Asghari 💍💍💍 !!!" she wrote.

Kylie Jenner
Kris Jenner Celebrates Stormi's Birthday With Iconic TikTok: "Thank You For Being Such a Bright Light"
by Chandler Plante 12 hours ago