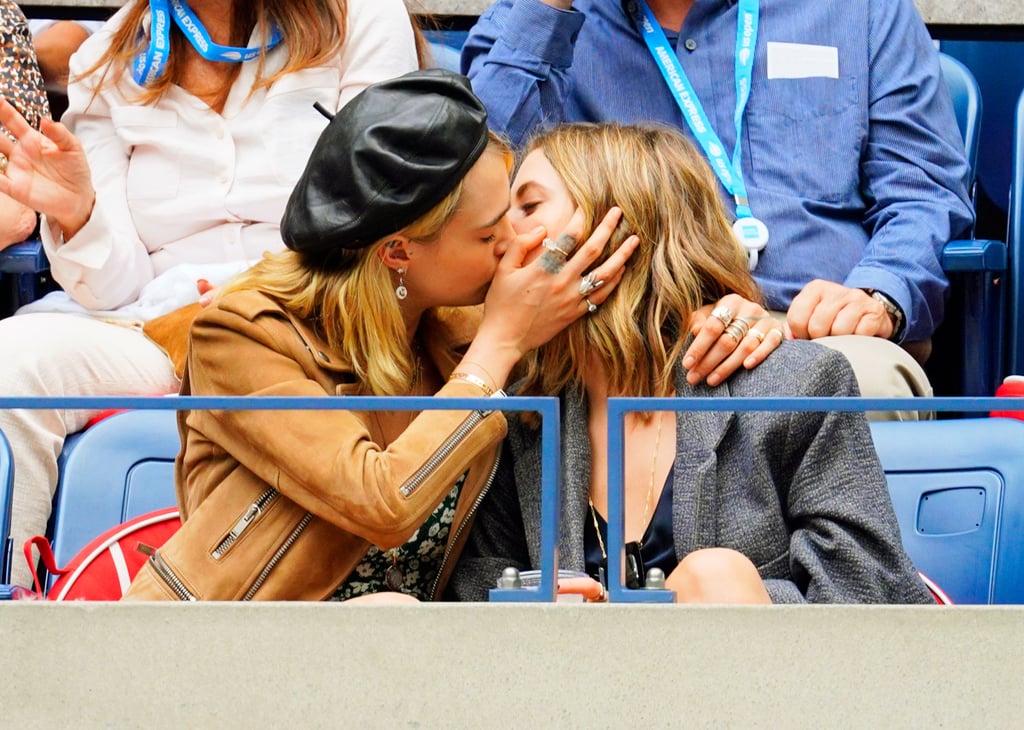 Cara Delevingne and Ashley Benson have reportedly broken up after two years of dating. According to People, they split in April and "their relationship just ran its course." The actresses first met on the set of their 2018 film, Her Smell, and it was around that same time that relationship rumors began swirling. This past June, however, Cara and Ashley finally confirmed them in honor of their first anniversary, and Cara even briefly opened up about their private relationship in an interview with Marie Claire. "We weren't looking for it," Cara said, referencing the first time she and Ashley met. "It was really just very authentic and natural."

Ashley also paid tribute to her other half by getting two new tattoos in her honor: the initials CD and another one that says "squish," which is Cara's nickname. In honor of their time together, let's look back at the way they were.