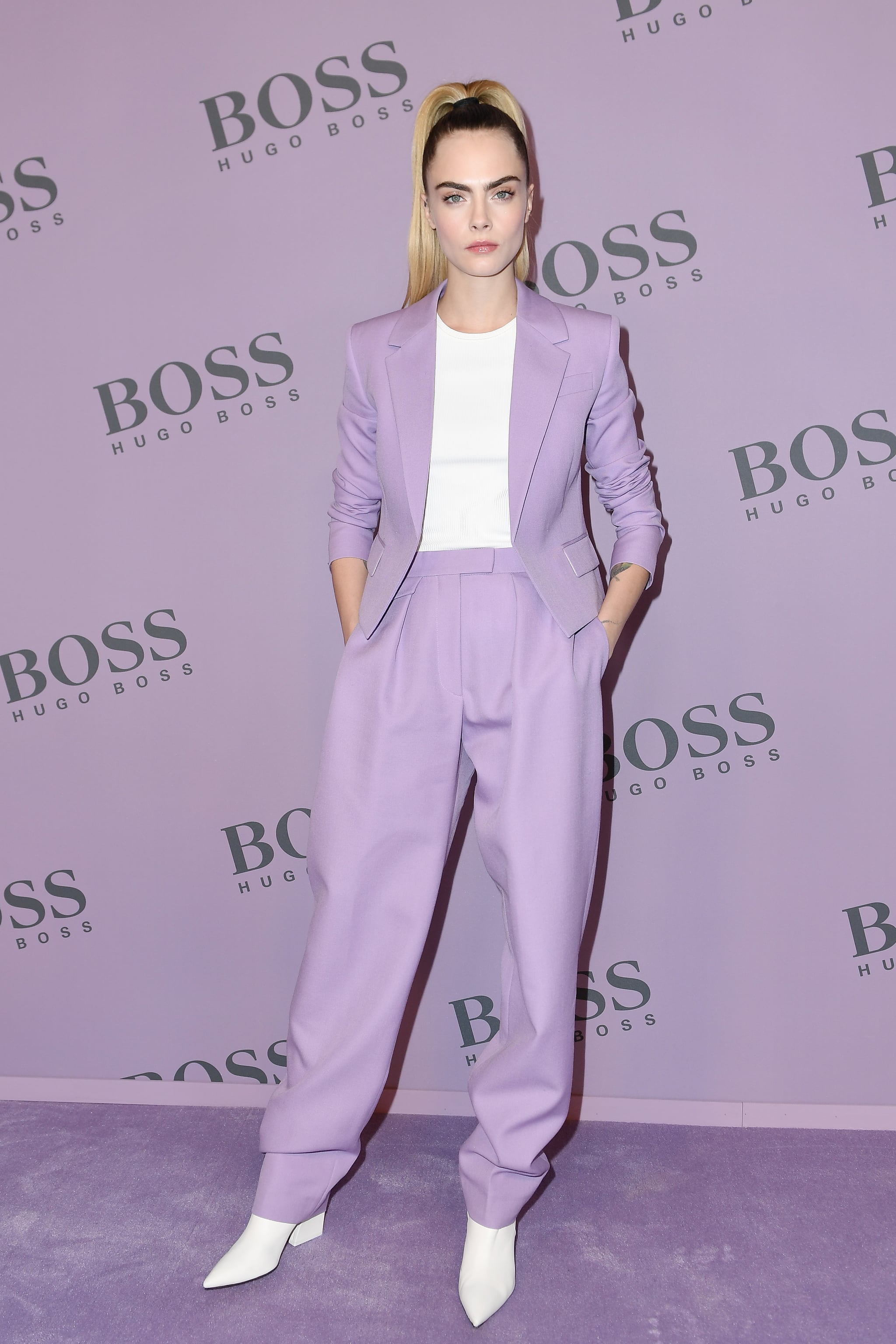 In honor of Pride Month, Cara Delevingne is opening up about her sexuality and what pride means to her. In a recent interview with Variety, Cara came out as pansexual and discussed her sexuality, gender fluidity, and the struggles she faced growing up as she came to terms with her identity. "I grew up in an old-fashioned, repressed English family," Cara said. "And I used the word 'gay' to describe things which were sh*t all the time . . . I think that came from the fact that I just didn't want to admit who I was. I didn't want to upset my family. I was deeply unhappy and depressed. When you don't accept a part of yourself or love yourself, it's like you're not there, almost."

"However one defines themselves, whether it's 'they' or 'he' or 'she,' I fall in love with the person — and that's that."

Cara then went on to talk about a crush she had on one of her girl friends as a child and how keeping her own sexual identity to herself contributed to a mental breakdown when she was 15. "Some days, I feel more womanly. Some days, I feel more like a man," she said. "I guess I never felt like I belonged anywhere as a kid. Or I always felt like I didn't belong in my own body. I felt so lost . . . Once I could talk about my sexuality freely, I wasn't hiding anything anymore."

Cara's statement comes shortly after her breakup with Ashley Benson, who she dated for two years. In the past, Cara has shrugged off labels given to her based off of the people she's dated, pointing out that she's more attracted to people than gender. "I always will remain, I think, pansexual," she said. "However one defines themselves, whether it's 'they' or 'he' or 'she,' I fall in love with the person — and that's that. I'm attracted to the person."

Recently, Cara has facilitated a $1 million partnership between Puma and The Trevor Project, a nonprofit organization dedicated to suicide prevention for young people who are questioning or identify as members of the LGBTQ+ community. On what pride means to her, Cara said, "Pride to me is a sense of something that I never really had as a kid. A sense of pride is like a sense of belonging, a family outside your family, a place where you don't have to apologize or feel ashamed."