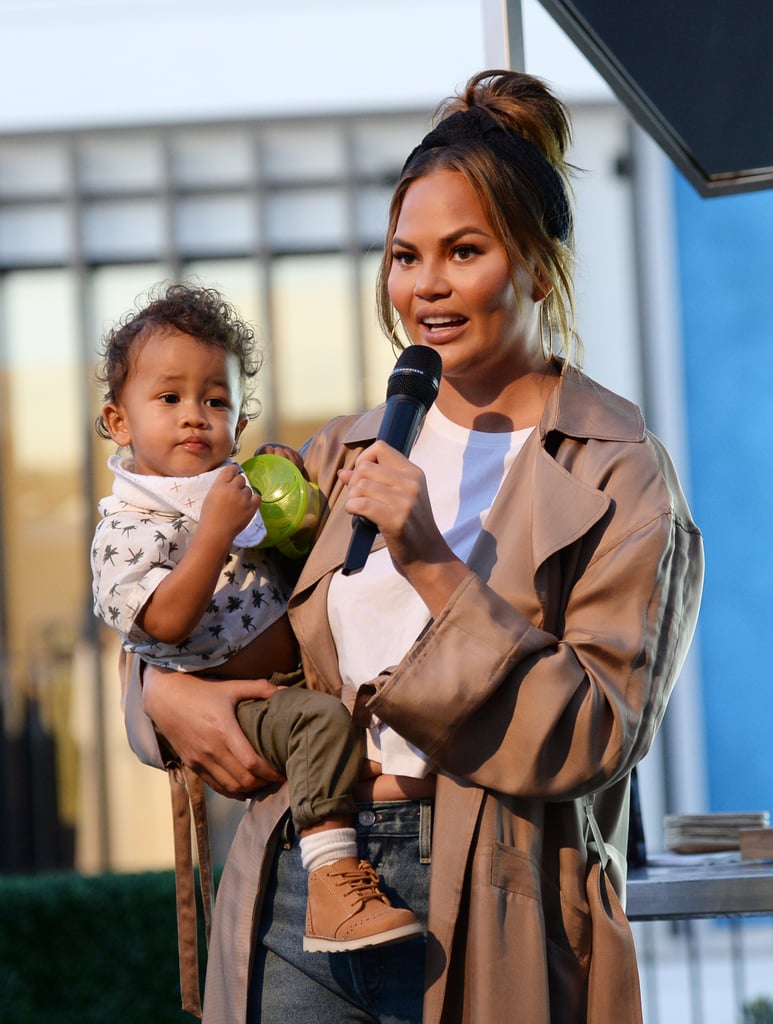 Chrissy Teigen Turned Her Son, Miles, Into a Classic Meme, and the Resemblance Is Hilarious

Sunday night's American Music Awards sparked more than a few memes, but Chrissy Teigen's take on the classic "Disaster Girl" meme starring her 1-year-old son Miles Stephens is by far my favorite — their facial expressions are so similar!

The meme, which has been around since 2004, started recirculating on Sunday after a fan transformed a photo from Billie Eilish's "All the Good Girls Go to Hell" performance at the AMAs into a copycat meme. After spotting the photo of Billie smiling widely in front of a blazing stage, Chrissy shared her own comparison of Miles beside the original "Disaster Girl," and the memes that followed have me laughing a whole day later. Keep scrolling to take a closer look at my new favorite meme of 2019 ahead.

Nick Cannon
Nick Cannon's Youngest Son, Zen, Has Died From a Brain Tumor: "He Was Always Smiling"
by Chanel Vargas 17 hours ago