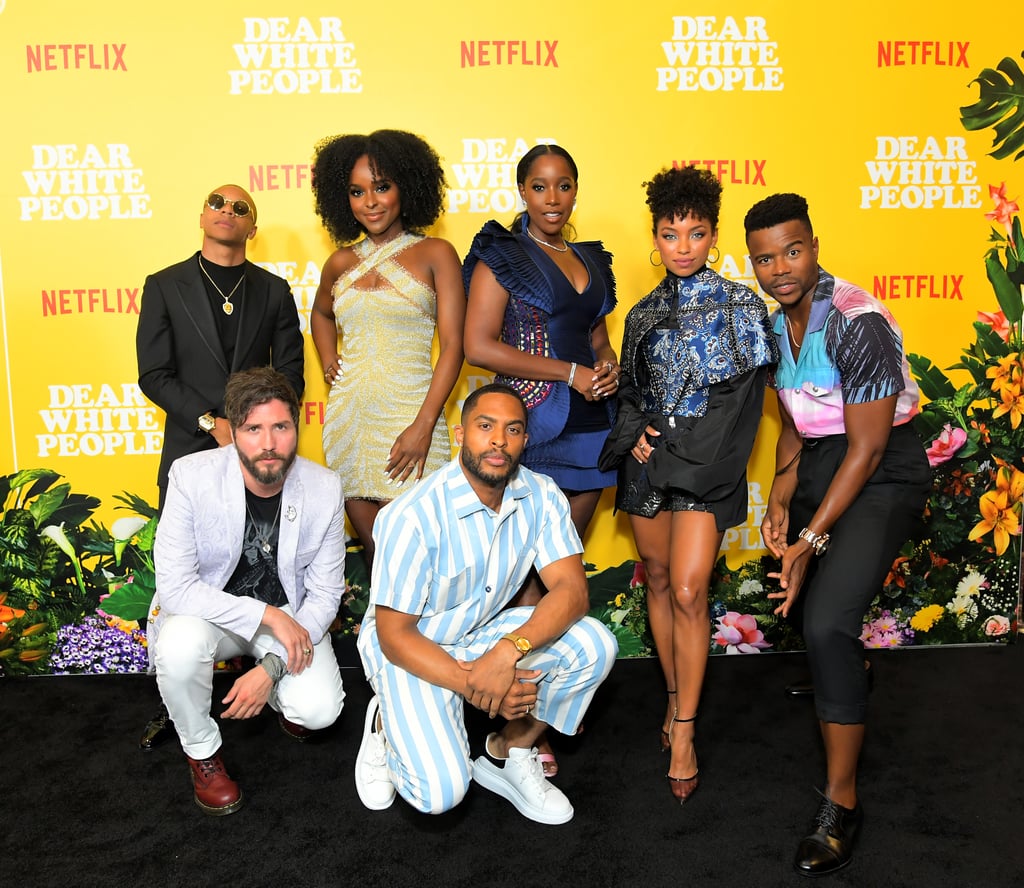 Netflix's Dear White People is coming back for its fourth season on Sept. 22, but its return is bittersweet as this will be the show's final run. Over the years, we've sung along to the show's powerful soundtrack, obsessed over the incredible cast, and learned plenty of important life lessons along the way. Even though Dear White People is coming to an end, it's clear the cast — Logan Browning, Brandon P. Bell, DeRon Horton, Ashley Blaine Featherson, Antoinette Robertson, John Patrick Amedori, and Marque Richardson — will continue to remain in each other's lives. As we get ready to bid farewell to the series, let's look back at some of the cast's cutest moments together.