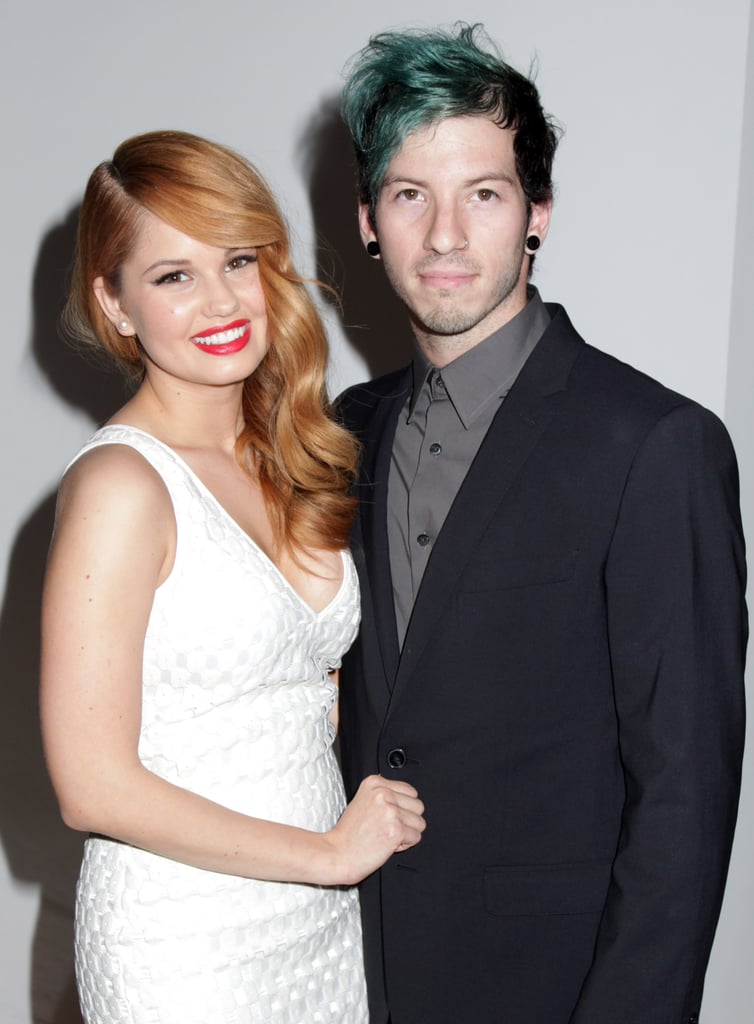 Debby Ryan might have a complicated love life on Netflix's Insatiable, but in real life she's happily taken. The 26-year-old actress has been dating Twenty One Pilots drummer Josh Dun on and off again since 2013. In December 2018, the pair officially got engaged when the 31-year-old musician popped the question in New Zealand.

Though the two have only made a handful of public appearances together, they aren't shy about flaunting their love on social media. And based on their cute posts, it's clear they're each other's biggest fans. "I'm in love and very happy," Debby told the Sydney Morning Herald back in 2018. "We've evolved and grown so much in our careers, in the relationship, as people since we first met. It's cool and special to have that support system and we are each other's biggest fans." Keep reading for some of their cutest pictures together.

Celebrity Instagrams
Ashley Tisdale's Daughter, Jupiter, Is the Special Guest at Her Reunion With Austin Butler
by Naledi Ushe 5 hours ago