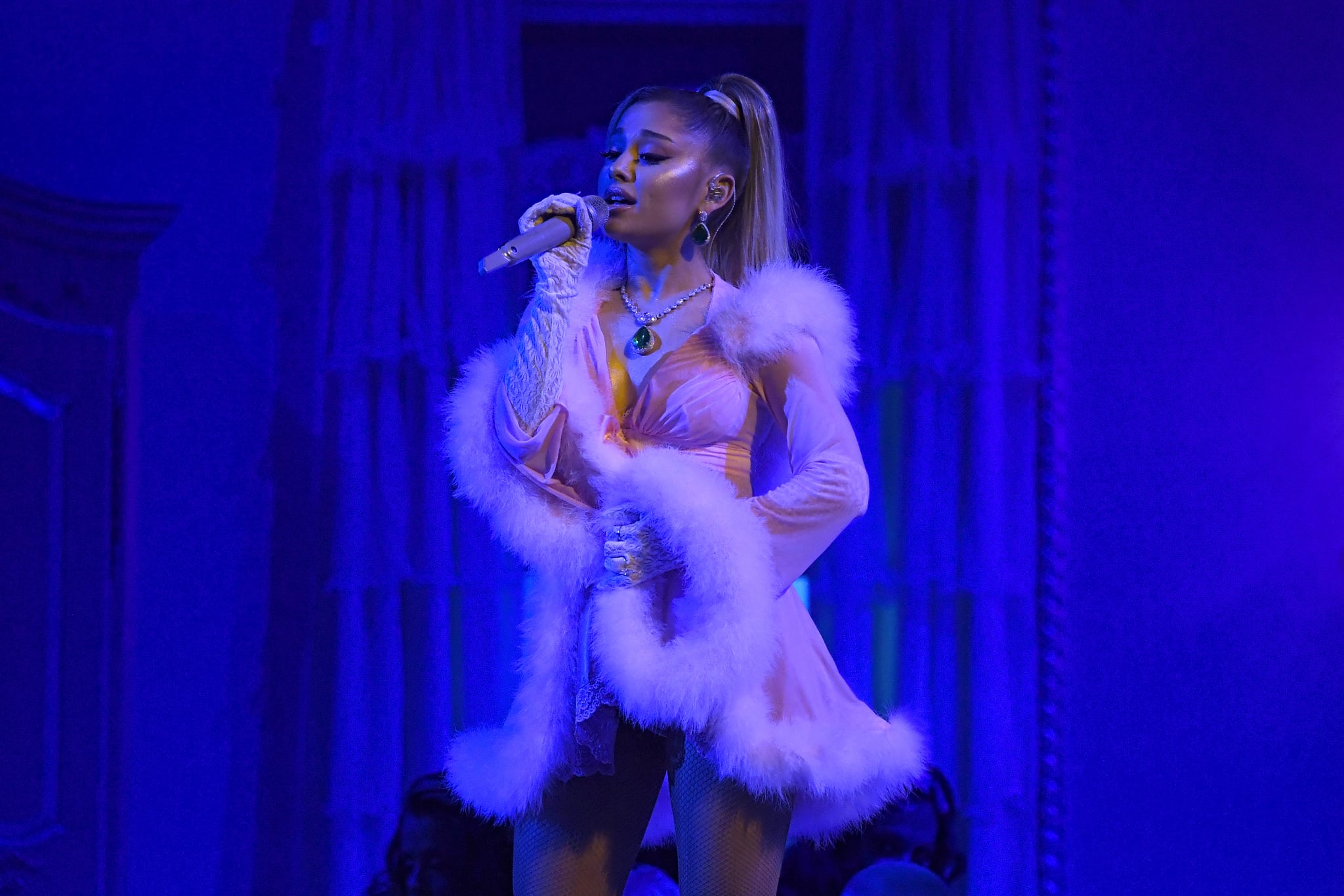 After backing out of her performance last year due to a dispute with the ceremony's producers, Ariana Grande finally blessed us with a medley of her biggest hits from her Thank U, Next album during the 2020 Grammys. The killer performance included "Imagine," "7 Rings," and "Thank U, Next," as well as two sets and an impressive costume change, but here's what really left fans shook: that moment at the end of her performance when she dramatically removed a ring from the ring finger on her left hand, placed it in a box, then sighed and shook her head "no." Now fans are divided as to whether the move was intended to throw shade at her ex-fiancé, Pete Davidson, or mark the end of her Thank U, Next era.

Related:
Did You Catch Ariana Grande's 3 Outfit Changes During the Grammys?

Ariana and Pete called off their engagement in October 2018, soon before Thank U, Next was released, and her whirlwind relationship with Pete was no doubt a big inspiration for the album. She even calls out Pete directly in the title track with the lyric "Even almost got married, and to Pete I'm so thankful." During a July 2019 interview with Vogue, Ariana admitted that she hadn't known Pete all that well before they got engaged (which was only a few months into their relationship). "It was frivolous and fun and insane and highly unrealistic, and I loved him, and I didn't know him," she said. Because of this, fans are speculating that her removing the ring and placing it in a box meant officially putting the broken engagement behind her.

However, others are arguing that removing the ring was her way of marking the end of her Thank U, Next era. Let's not forget that, soon after her split from Pete, Ariana bought seven engagement rings — one for herself and six for each of her BFs — to symbolize that she could buy her own ring, thank you very much. After releasing Thank U, Next in February 2019, Ariana embarked on a world tour in the Spring, which lasted until the very end of December, so she's likely very ready to move on — or at least take a break. She's also still coping with the loss of her ex-boyfriend Mac Miller, who passed away from a fatal overdose in September 2018. Whatever Ariana's ring removal was supposed to symbolize, she's probably ready to leave several things in the past, and we can't wait for her next chapter.