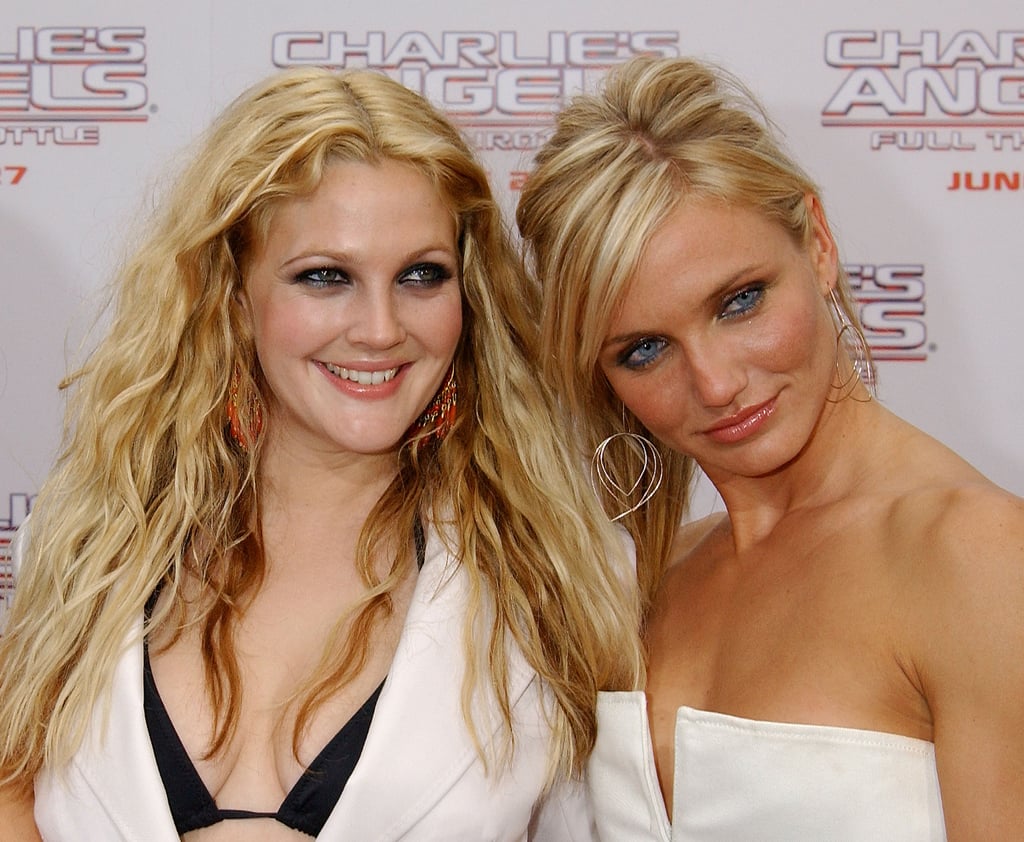 There are few famous friendships capable of outshining the one shared by Drew Barrymore and Cameron Diaz. The actresses have been thick as thieves for more than 30 years, initially meeting as teenagers at a Los Angeles coffee shop before going on to star in two Charlie's Angels movies together alongside Lucy Liu. Decades later, Drew is still ready and more than willing to gush about her sister-like bond with Cameron at the drop of a hat, and we're still ready to eat up every last quote.

"Neither of us ever got lost in the Hollywood bullsh*t."

"One of my best friends happens to be Cameron Diaz, which is so embarrassing because you feel like you're name-dropping," Drew joked during a recent interview with POPSUGAR about her partnership with Kellogg's. She went on to explain what's kept her and Cameron so close throughout the years, and it all boils down to sharing the same values. "I always loved living life next to her because neither of us ever got lost in the Hollywood bullsh*t," she said. "We just wanted to live our lives. I think we had always remembered what was important and our friendships and our group of girlfriends that are very close-knit."

Those values also trickle down into the deep conversations they've had with one another, which rarely revolve around fame or movie roles or award season accolades. "When we would sit around and talk, it was always heartbreak, love, life, loss; it was never vanity or career. It was always very important and real things, or the goofiest and stupidest and silliest [things]," the mother of two said. "I loved having someone that, like me, wasn't caught up in it . . . we have the best time. We've seen each other through everything — every good and bad and high and low and life and loss and everything in between." Well, if that isn't the picture-perfect definition of friendship, we're not quite sure what is.

Ahead, take a nostalgic look back at some of Drew and Cameron's cutest photos over the years, and then be sure to relive their sweet, tearful reunion with Lucy on The Drew Barrymore Show last fall.

Drew Barrymore Has Such a Pure Reaction to SNL's Spoof of Her Show: "The Greatest Thing"
Previous Next Start Slideshow
Cameron DiazDrew BarrymoreCelebrity InterviewsCelebrity QuotesCelebrity Friendships