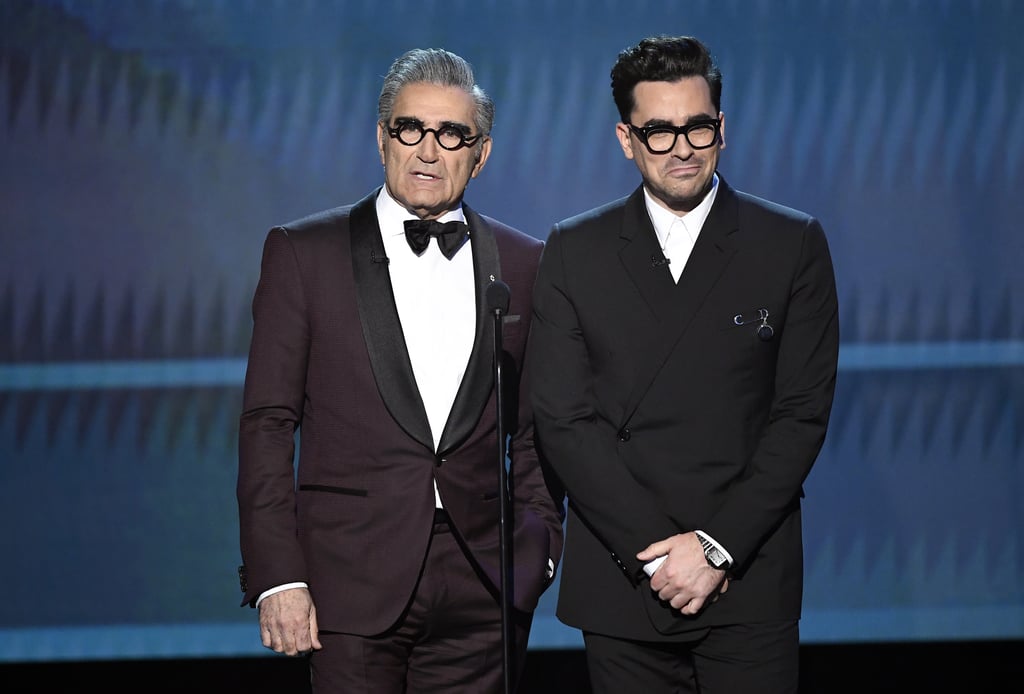 "My story is complex," Eugene Levy said at the start of the 2020 SAG Awards after speaking about his acting origin story (and . . . toilet paper commercials?) for about two minutes. In the funny opener, the Schitt's Creek actor was interrupted by his costar and real-life son Dan Levy, who pointed out, "You've taken three times as long as everybody else and you're still not finished." Adding, "You've used up so much time, they're telling us they had to cut Tom Hanks." (Cut to a visibly peeved Tom, of course.)

The jokes continued when the duo then took the stage to present the award for outstanding performance by a male actor in a comedy series. Watch the award show highlight ahead as we draft a formal petition to have Eugene and Dan host the 2021 SAG Awards.