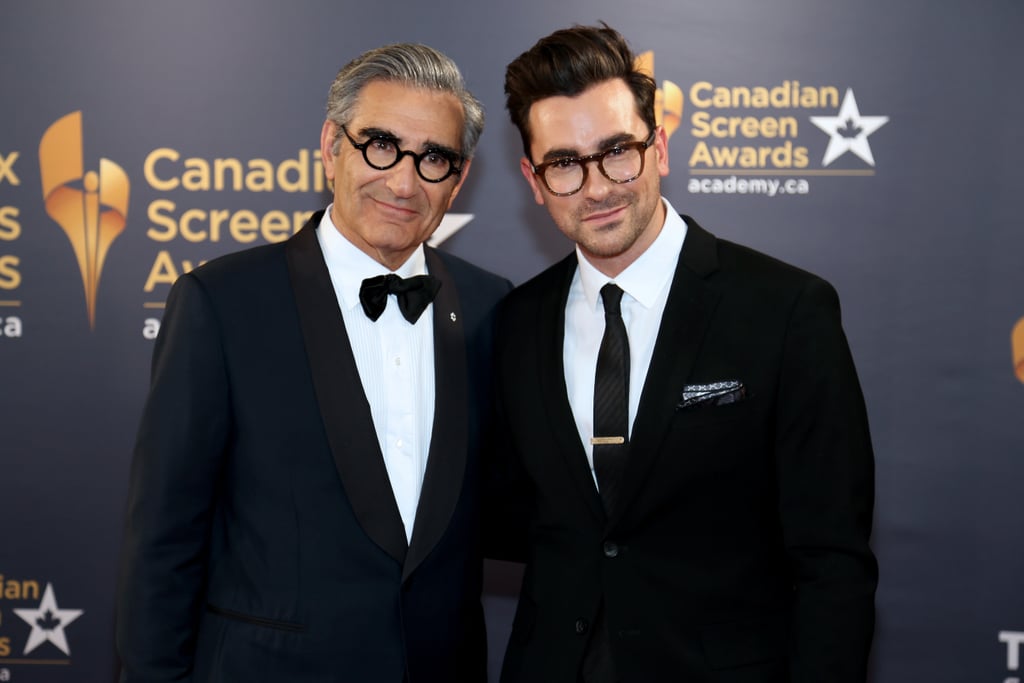 The fan-favorite comedy Schitt's Creek is truly a family affair. Series cocreator Dan Levy created the show with his father, comedy legend Eugene Levy — and the family resemblance (especially in the meme-able eyebrows) is uncanny. On top of that, they starred together as onscreen father and son duo Johnny and David Rose, and Dan's sister Sarah Levy was also a regular on the show as waitress Twyla. We'd think it would be challenging to pull double duty at work alongside your own family members, but the Levys seriously made it look so easy. Ahead, check out some of our favorite pics of the father-son duo!