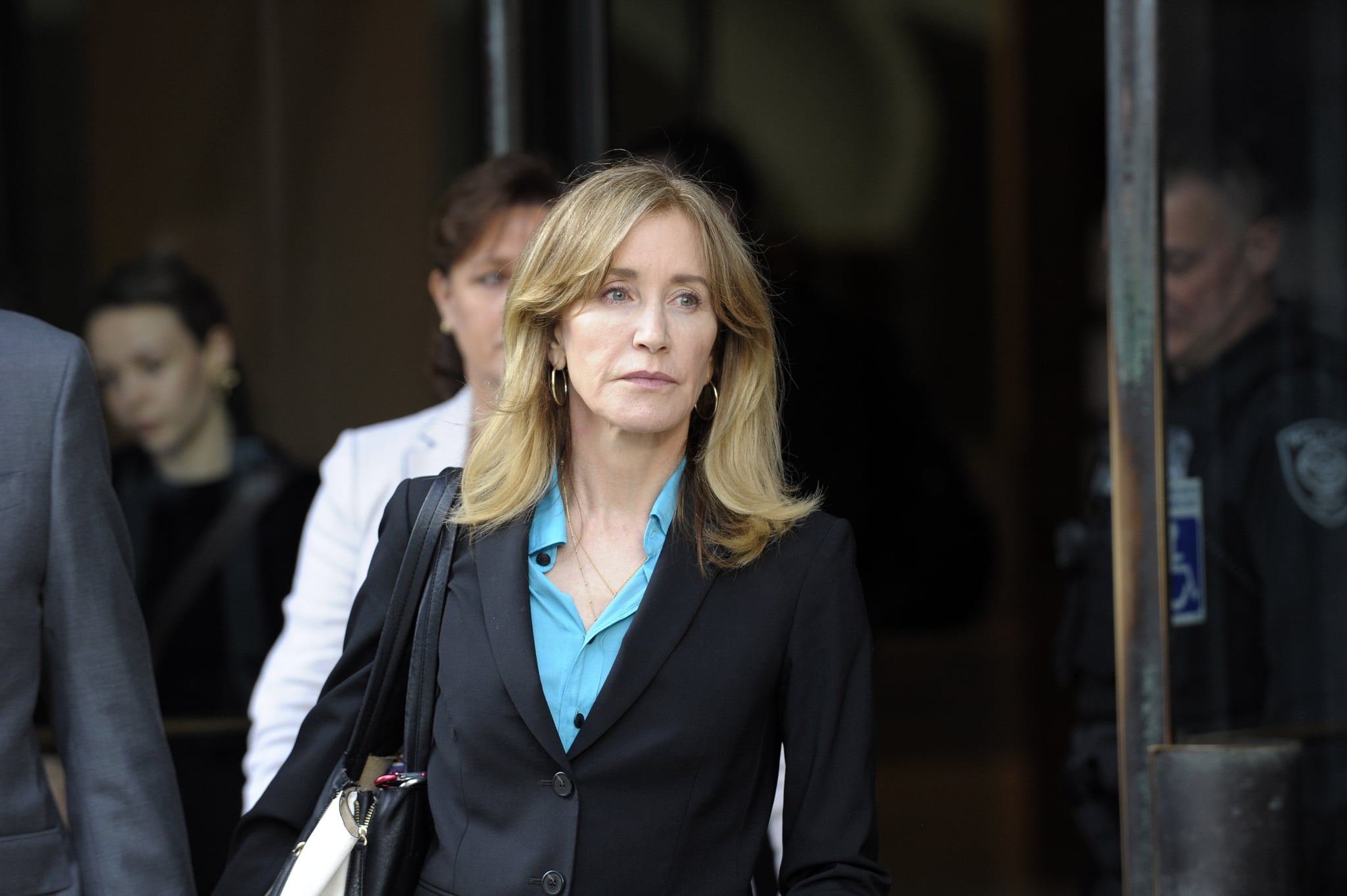 Felicity Huffman has officially been sentenced to 14 days in prison following her involvement in the college admissions scandal earlier this year. The actress was sentenced to a brief prison sentence, fined $30,000, a year of supervised release, and 250 hours of community service in a Boston federal courtroom on Friday afternoon.

According to reporters who were in the courtroom, Felicity took a moment to apologize for her part in the scandal, saying, "I take full responsibility for my actions . . . I am prepared to accept whatever sentence you deem fit."

On April 8, the actress, along with 13 other parents and one coach, pleaded guilty to "using bribery and other forms of fraud to facilitate their children's admission to selective colleges and universities." A month later, Felicity pleaded guilty in federal court in Boston. "I am in full acceptance of my guilt, and with deep regret and shame over what I have done, I accept full responsibility for my actions and will accept the consequences that stem from those actions," Felicity said in a statement. "I am ashamed of the pain I have caused my daughter, my family, my friends, my colleagues and the educational community."

She also made it clear that her 18-year-old daughter, Sofia Grace, did not know about her actions. "My daughter knew absolutely nothing about my actions, and in my misguided and profoundly wrong way, I have betrayed her," she added. "This transgression toward her and the public I will carry for the rest of my life. My desire to help my daughter is no excuse to break the law or engage in dishonesty."