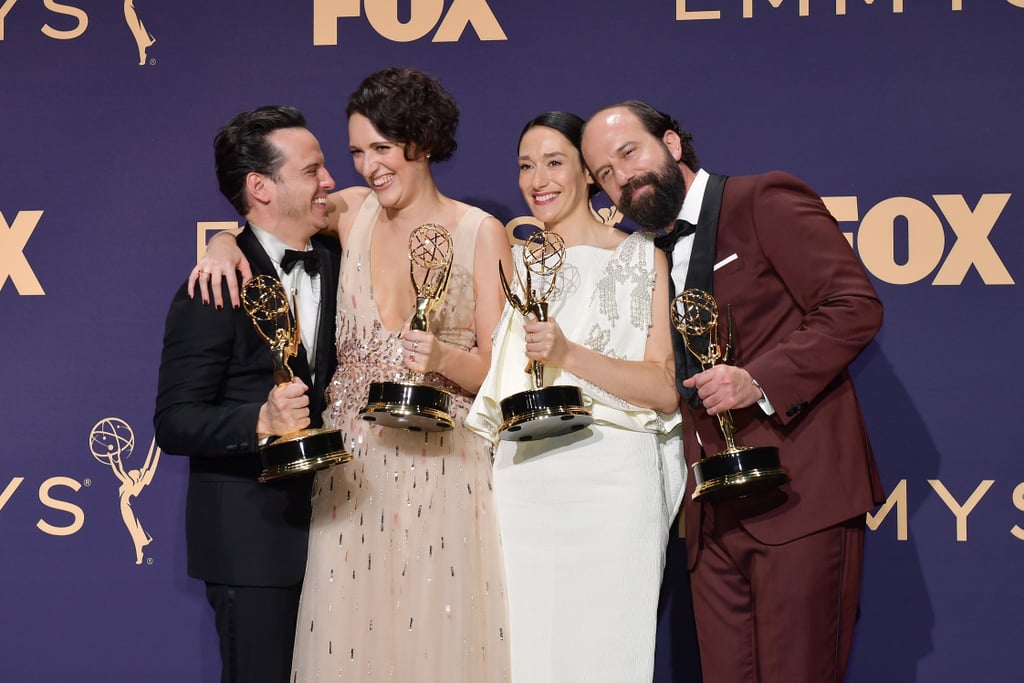 The Fleabag cast reunited at the Emmys Sunday night, and holy smokes, do they clean up well! Phoebe Waller-Bridge swapped her character's signature black jumpsuit for a sequined champagne-colored gown. Sian Clifford stunned in a white Emilia Wickstead dress and slicked-back hairstyle that's a far cry from Claire's botched season two haircut. And Andrew Scott ditched his "hot priest" getup for a classic tuxedo that still has us kneeling down and ready to confess our sins — sorry, couldn't resist. The three costars posed together on the red carpet before the show, leaving us yearning for a third Fleabag season more than ever before.