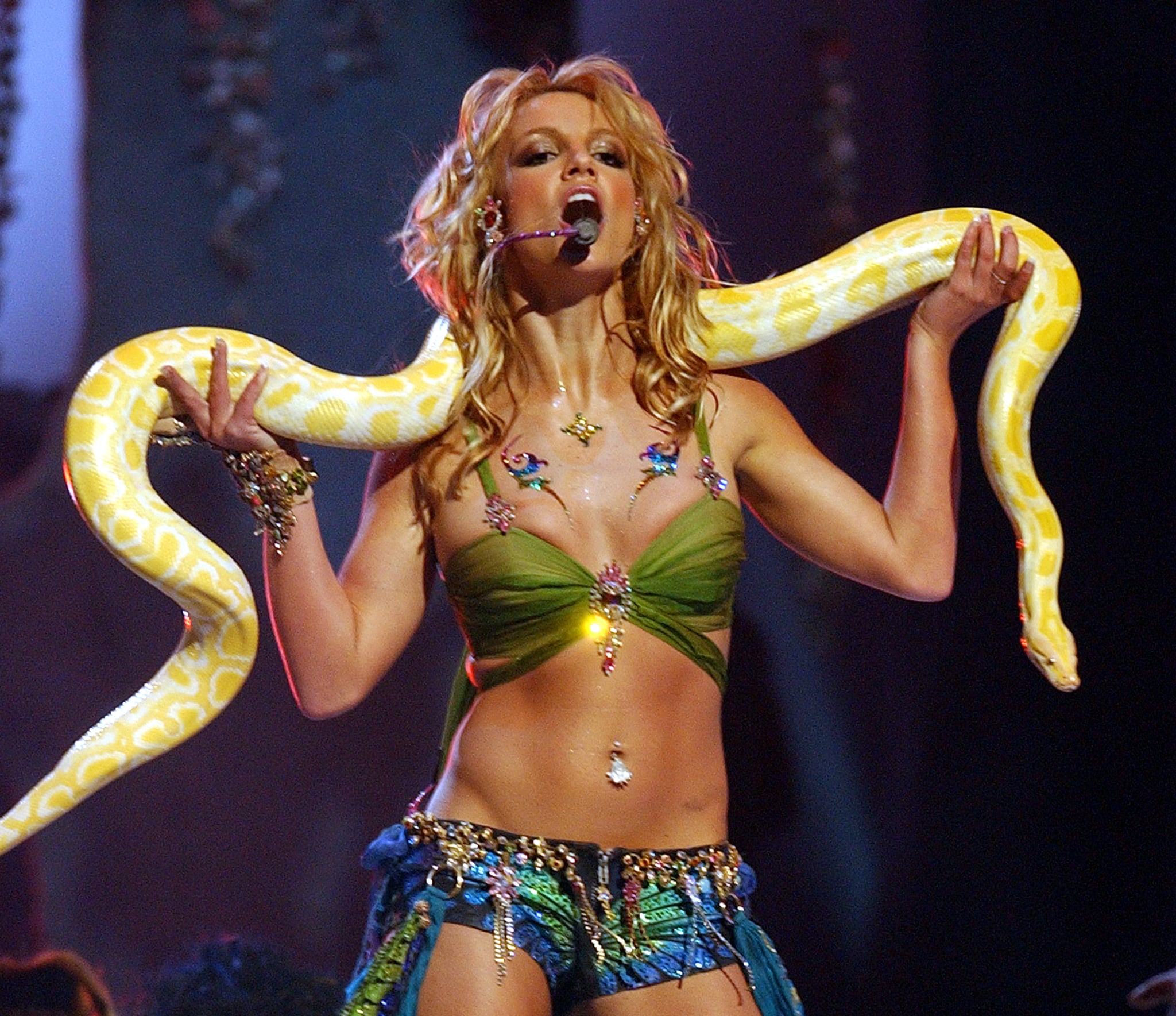 Britney Spears catapulted into my life at a time when I thought I was going to grow up to be a backup dancer for Janet Jackson. I was 13 years old and had been dancing and performing on stage for six years when Britney debuted in 1998 with those three iconic piano notes of "...Baby One More Time," and all at once I was taken with her energy, music, and persona. At the time, I loved seeing someone only a few years older than me with a passion for performance giving all the boy bands and rock groups a run for their money. Seeing Britney at No. 1 on MTV's TRL beating out juggernauts like the Backstreets Boys, *NSYNC, Limp Bizkit, Korn, and Eminem was my whole reason for tuning in. I am she, she is me.

23 years later, my love for Britney has only grown. I attended her in concert in Las Vegas clad in a 2001 VMAs "Slave 4 U" costume, own not one but two "Britney for President" T-shirts, and even got weepy as I went down a YouTube rabbithole on her birthday last year watching young queer men excitedly react to listening to her albums for the first time. My desktop background is a black and white picture of Britney driving her car, flashing her perfect smile with a quote she said written on the side: "Never doubt yourself. Never change who you are. Don't care what people think and just go for it." I've also been closely following her devastating legal battles for years and the #FreeBritney movement when it first started, so when I heard The New York Times was releasing a documentary about it, I was absolutely pumped.

Obviously, I watched Framing Britney Spears as soon as it dropped. I had told my fiancé, who got me another Britney shirt for Christmas in 2020, that he could either stay in the room or leave, but I'm pressing play right now no matter what. He immediately showed interest ("I want to support you and your girl," he said), especially since he had no idea what a conservatorship meant.

Related:
What You Need to Know About Britney Spears's Conservatorship and Legal Battle

As someone who knew most of the information presented in the documentary, it was interesting watching it with someone who knew close to none of it. As the weekend went on, I kept getting messages from friends saying, "OMG, I had no idea! Poor Britney." I spent hours scrolling through Twitter looking at the growing number of #FreeBritney posts, feeling validated and excited by all the support for the pop star. But I also felt extraordinarily frustrated that it took this long for people to get it; that they needed a documentary to lay out the chain of decades old events to see how the media, and those who so eagerly and ferociously devoured it, participated in tearing a successful, young woman down rather than building her up.

While Diane Sawyer is getting an overdue dragging because of it, there's an unfortunate abundance of disgusting interviews the documentary never even covered. I vividly remember after Britney's epic 2000 VMAs performance of "Satisfaction" and "Oops! I Did It Again," MTV interviewed people on the streets of New York asking what they thought of Britney's performance, mainly her attire: a nude bra and pants set covered in sparkles. Then they asked Britney to sit and watch all the interviews, which you can only imagine were mostly repulsive hot takes. There was a mixture of horny men saying how much they loved it but would never let their daughter dress like her, and a smattering of uptight women saying she's a role model and needs to think of all the young girls who admire her. Let me repeat: they made Britney watch this AND recorded her reaction, then asked her to respond. Of course, Britney handled it with grace, as she always does, saying she wasn't these kids' parents, she can only do right by her, and if they don't agree, then that's their opinion and it's okay with her. She also said she just wanted to look sparkly, and come on, don't we all?! Framing Britney Spears brought this memory rushing back, and I honestly still can't believe she, a 19-year-old young woman at the time, was subjected to that segment, among so many other horrid interrogations. After all, male artists thrust on stage and take off their shirts all the time, but no one dares to degrade their choices and treat them with the same overt repugnancy. 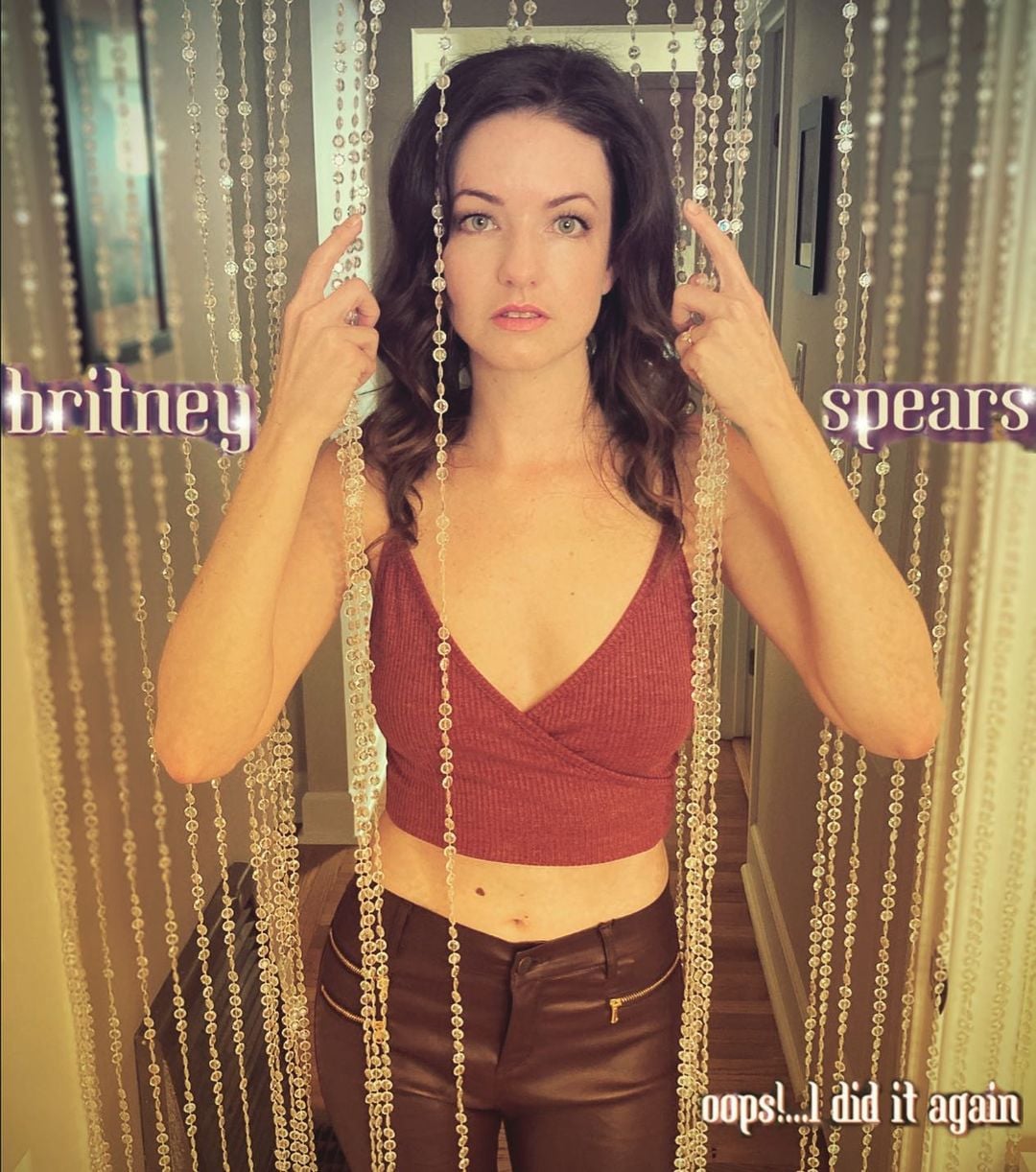 Back in 2000, that interview boiled my blood, and born out of it was my unconditional defense of Britney Spears. Let me tell you, dear reader, I have carried this torch in my heart with the energy of Mindy Kaling's "First, how dare you?" meme for the last 21 years. Why? Because the world created a near biblical identity for Britney as some kind of Virgin Mary role model, and when she didn't live up to their ridiculous and unachievable expectations, they burneth her down. Mind you, she never took up this mantle herself, never claimed to be responsible for the children of America, and she constantly (but always, respectfully) pushed back on it the billions of times she was asked, "But what about all the little girls?" or "What's with your breasts?" Even as a 25-year-old mother of two, seemingly having postpartum depression while deep in a custody battle for her babies, the media never let up and vilified her as a bad parent. And what's worse, everyone at a supermarket checkout saw it plastered on the front pages of every magazine without thinking of her side of the story. They saw an unstable woman, and in the past few years, they have seen her as a laughing stock of her former self who spins around too much on Instagram. But for me, through all these years, I see her resilience.

Even though the conservatorship has stripped her of her adult human rights, Britney has remained one of our best humans. She is a kind, beautiful soul who has continually blessed us with decades of amazing music and performances. Her 2016 Glory album is one of her best, most cohesive albums (don't @ me), she changed the whole industry with her record-breaking and award-winning Vegas residency, and she has appeared on social media to offer us small glimpses into what's left of her private life, like how she loves to paint, do yoga, or show off her sons' impressive anime drawings.

Think about it, regardless of the way the public has controlled the narrative around her personal struggles, Britney has always been an unproblematic star. Any celebrity or person who has worked with her only has nice things to say. And while she isn't able to vote or participate in one's constitutional rights (that hurts so much to write), she has still used her platform to voice her support for the LGBTQ+ community, the DREAM Act, and even endorsed Hillary Clinton in 2016.

These are all qualities I have cherished about her as a fan, so five years ago I started dressing up as a different iconic Britney look each Halloween, and my own friends circle now wait in anticipation each year for which one I do next. This has become my annual, personal homage to someone who I see as a soldier, who really is stronger than yesterday. Even during her darkest chapters of life, which she is still battling through, Britney continues to be a light in my world by her sheer existence.

Now that so many people have watched Framing Britney Spears and come to the frustrating realization of how she's been treated for decades, and what she is currently living through, I'm hopeful for her future and her freedom. It's ironic that this documentary was released during a pandemic when people are stuck at home and more likely to watch it, because quarantine-living isn't that far off from Britney's reality. Imagine being trapped in your home, but no phone privileges, no ability to go for a solo drive, unable to take a walk by yourself, can't pop by the grocery store, can't vote, can't spend your own money. Now imagine there's no pandemic and this has lasted for 13 years.

To say this woman is a force of nature is an understatement. Y'all better put some respect on Britney's name, b*tch.