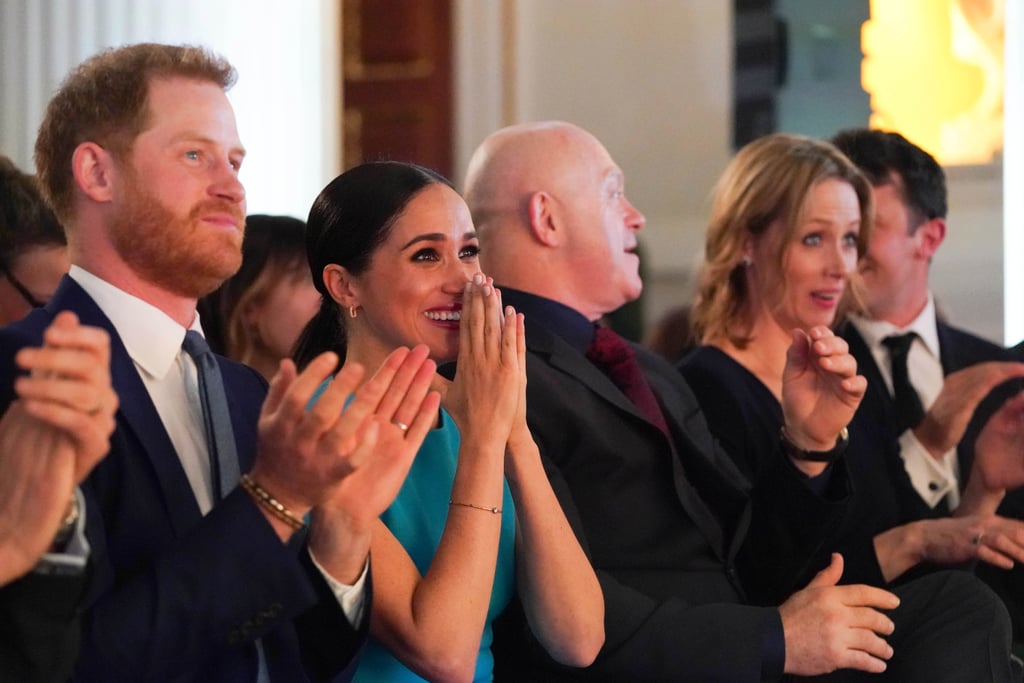 Proposals usually require some kind of grand gesture, and what could be more memorable than getting engaged in the presence of Prince Harry and Meghan Markle? OK, I know you're probably thinking right now, "How do you even make that happen?" Well, it's easy: you just have to show up to the same event as them. On Thursday, Meghan and Harry attended this year's Endeavour Fund Awards in London, where one of the night's winners Danny Holland seized the opportunity and proposed to his girlfriend on stage after being honored with the recognizing achievement award. As cameras panned to the audience, the Duchess of Sussex was shown putting her hands over her heart and taking in the sweet moment with Harry. The couple even included it in their Instagram video from the event!

The Endeavour Fund was launched by Harry in 2012 when he was a patron of The Royal Foundation, and it supports wounded, injured, and sick servicemen and assists in their recovery. It marked Meghan's third time at the ceremony and the couple's first joint public appearance since announcing their royal exit. See the special moment ahead.