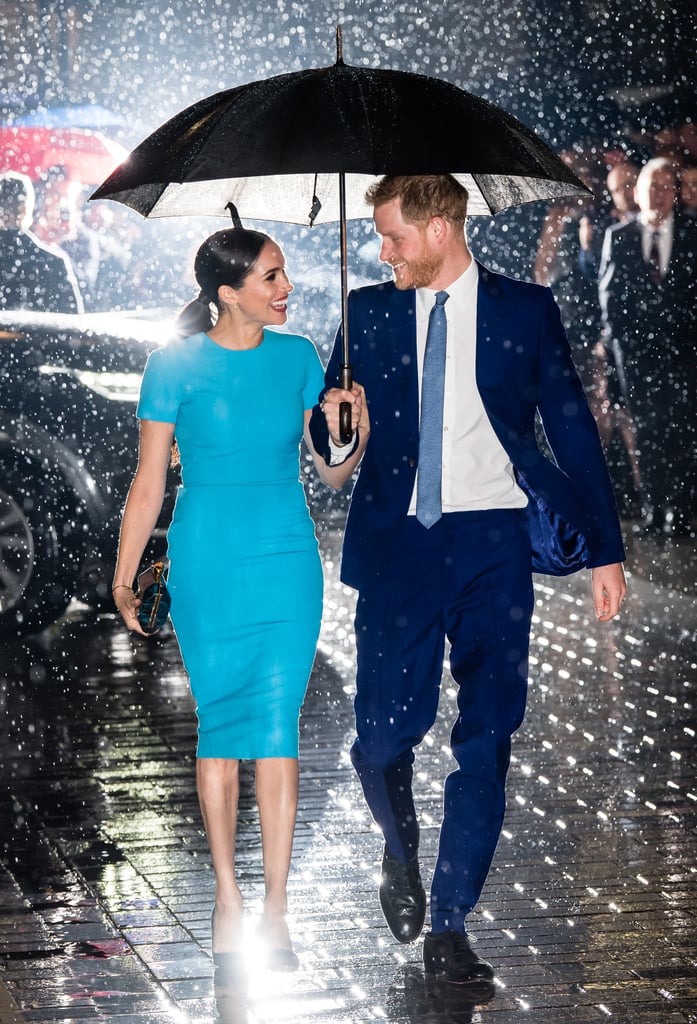 Prince Harry and Meghan Markle returned to the spotlight on Thursday to celebrate the Endeavour Fund Awards in London. Meghan radiated in a blue Victoria Beckham dress, while Harry matched his wife in a navy suit. The Endeavour Fund — which supports wounded, injured, and sick servicemen and assists in their recovery — was launched by Harry in 2012 when he was a patron of The Royal Foundation. The event also marked Harry and Meghan's first joint public appearance since they announced their royal exit in January.

The couple will officially be stepping down as senior members of the royal family on March 31. They will no longer hold an office at Buckingham Palace and will instead be represented by their UK charity foundation team. They will also split their time between the UK and North America, and Harry and Meghan will keep their HRH titles but not actively use them. They will continue to be known as the Duke and Duchess of Sussex, the Earl and Countess of Dumbarton, and the Baron and Baroness Kilkeel, though "Just Harry" works for Harry, too.

Following their Endeavour Fund Awards outing, Harry will join Lewis Hamilton in celebrating the museum opening of the Silverstone Experience on Friday. On March 7, he and Meghan will attend the Mountbatten Music Festival at Royal Albert Hall, and Meghan is expected to make an appearance for International Women's Day on March 8, though details are still unclear. Then on March 9, the duo will reunite with the royal family for Commonwealth Day service at Westminster Abbey. See more of Harry and Meghan's latest appearance ahead.