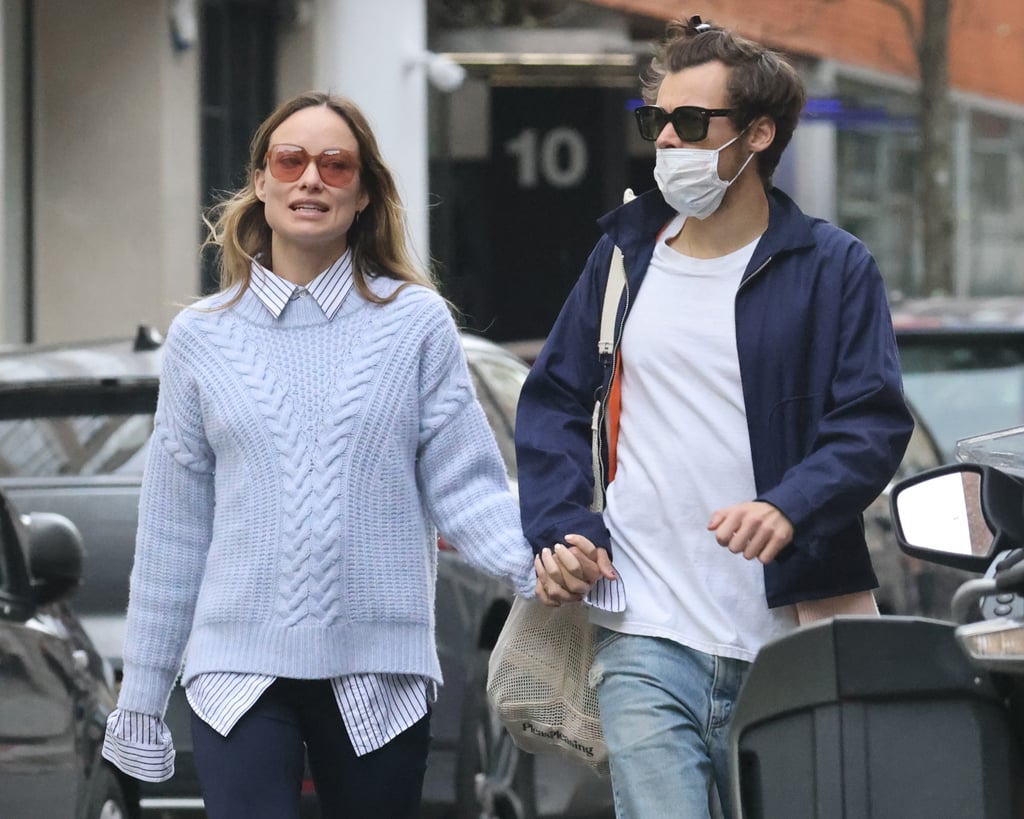 Harry Styles and Olivia Wilde are a notoriously private couple. But in a rare London sighting on March 15, the two were photographed taking a stroll in matching blue outfits — which is very on brand for the couple as they were seen in coordinated ensembles last summer. Wilde wore a light-blue knitted jumper over a striped button-up with dark-blue pants, while Styles sported ripped jeans with a white tee and a blue jacket.

Styles and Wilde have only given us a handful of glimpses of their romance since they were first linked in January 2021. In July 2021, the two went on an PDA-filled Italian getaway, and the following month, they went out on a casual lunch date in Los Feliz, CA. The two Hollywood stars originally met on the set of their movie "Don't Worry Darling," which is set to release later this year.

Wilde opened up about keeping her relationship with Styles private in her January Vogue cover story. "It's obviously really tempting to correct a false narrative. But I think what you realize is that when you're really happy, it doesn't matter what strangers think about you," she told the outlet. "All that matters to you is what's real, and what you love, and who you love." So while curious minds may want to know more about the couple's love story, we'll just have to settle for their casual outings for now. Ahead, check out more pictures of Styles and Wilde's London stroll.

Related:
Yes, Olivia Wilde and Harry Styles Are Making Out, but Can We Talk About Her Bikini?
Previous Next Start Slideshow
Olivia WildeHarry StylesCelebrity Couples