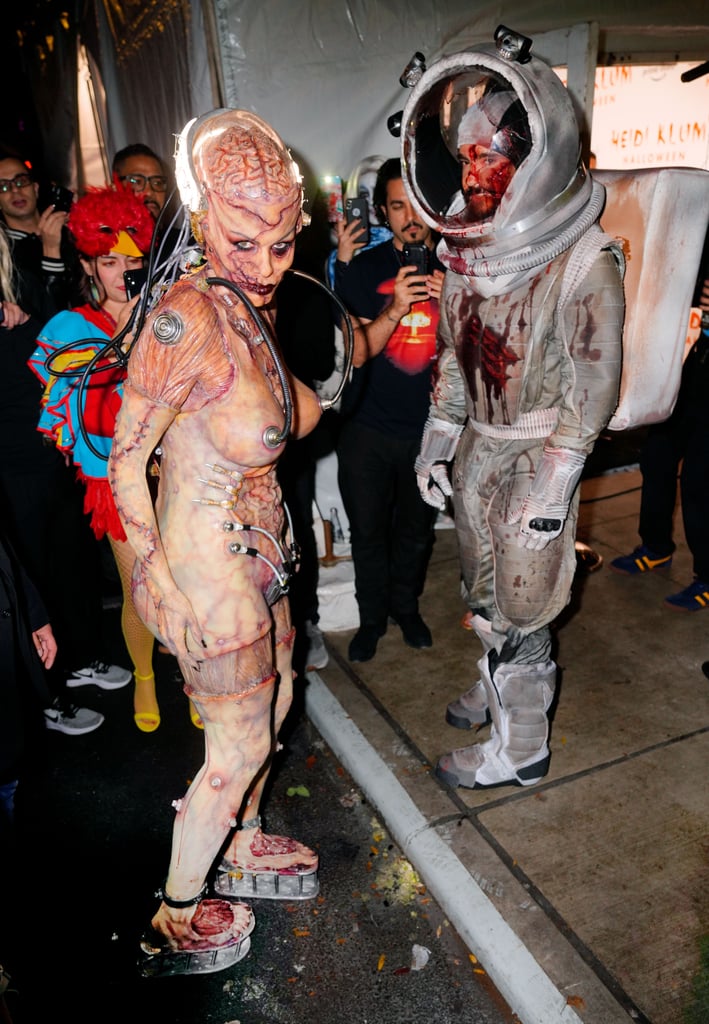 Every year, we look forward to Heidi Klum's outrageous Halloween costume, and this year she went the scary route with an alien costume. During her annual Halloween bash, the 46-year-old America's Got Talent judge looked unrecognizable in a gory getup. She even had her husband, Tom Kaulitz, join in on the fun as a astronaut! Honestly, this might be her scariest look yet!

Heidi first started teasing her look on Oct. 16 when she gave fans a sneak peek of what to expect on Instagram. Alongside a video ofProsthetics Renaissance (also known as ProRenFX) designer Mike Marino sculpting a bust, Heidi wrote, "I am so excited for all of you to see his artistry in action!" Shortly after that, she uploaded another Instagram video of the intricate project, and on Halloween, she and Mike gave fans a look at her costume in the making at the Amazon store in NYC.