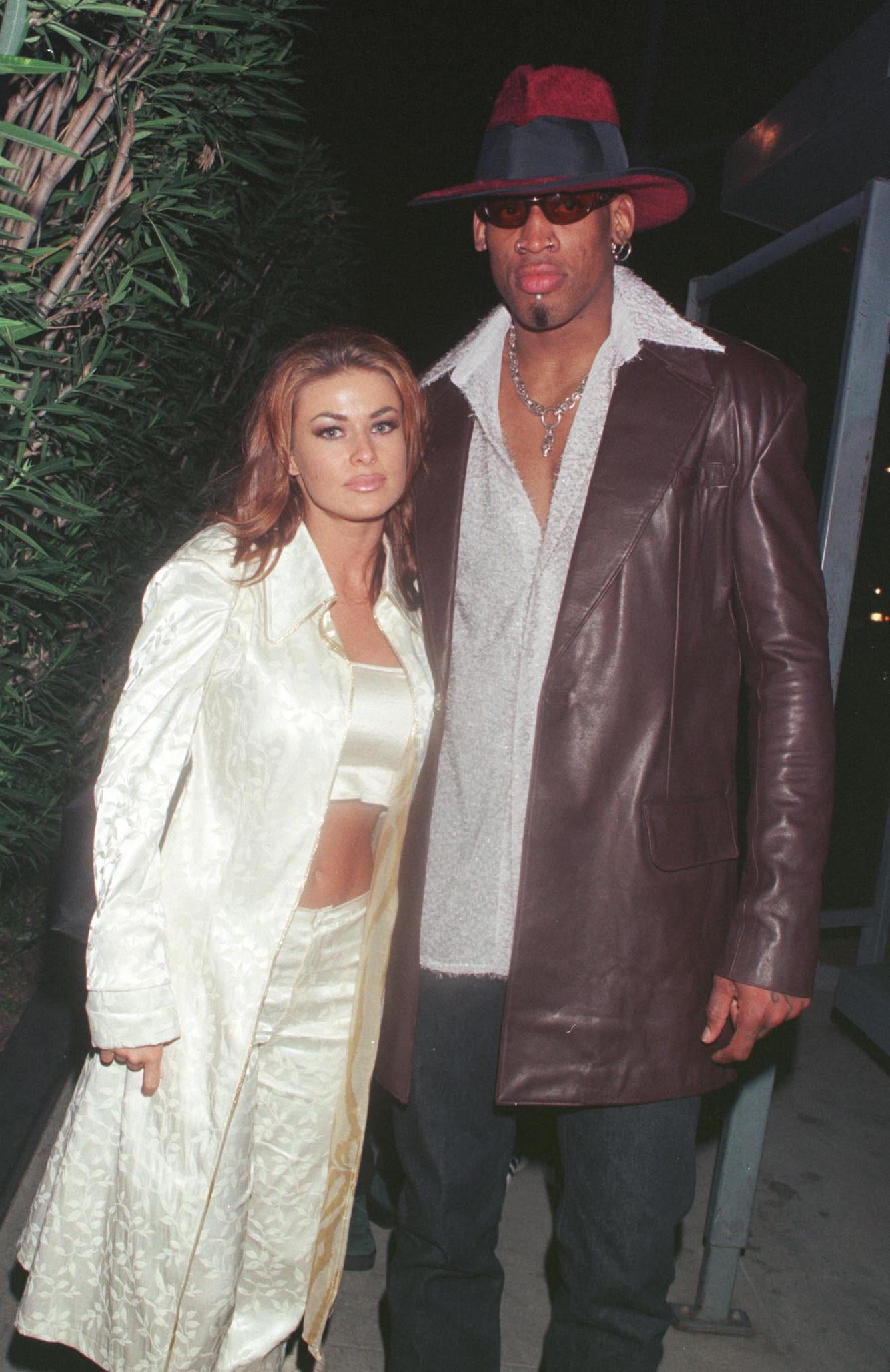 Among the many revelations in the docuseries The Last Dance is an account of the bizarre time when oddball basketball player Dennis Rodman married Carmen Electra in 1998. Their marriage was incredibly short-lived, but it was all the more memorable for its strange circumstances and sudden dissolution.

Electra and Rodman got married in Las Vegas on Nov. 14, 1998, after what People described as "an all-night bender." Only nine days later, Rodman filed for an annulment of the marriage on the grounds that he had not been of sound mind on the night when they got married. For a brief time, the couple reconciled and attempted to work things out, but the marriage was ultimately short-lived. Although they were frequently seen in public together in early 1999, by March of that year, they had filed for divorce, resulting in a marriage that lasted less than six months and was dogged with scandal and rumors of infidelity from the very beginning.

Looking back, it makes sense that their marriage failed, given the circumstances under which it had begun. Early into their relationship, Electra suffered a pair of personal losses: her mother died of brain cancer and her older sister died of a heart attack within two weeks of each other in August 1998. She married Rodman — on a whim, if the rumors of an impulsive marriage on a bender are true — only a couple of months after that.

After their divorce, both Electra and Rodman moved on to other relationships. Electra married again in 2003 to musician Dave Navarro; they divorced in 2007. She later became engaged to Rob Patterson, another musician, but the relationship was over by 2012, when she appeared on celebrity dating show The Choice. Rodman, meanwhile, was already on his second marriage, having divorced Annie Bakes in 1992 after two children and five years of a tumultuous relationship marred by accusations of abuse. He then married Michelle Moyer in 2003, with whom he had two children. Moyer filed for divorce in 2004, but the couple spent several years reconciling on and off until their final divorce in 2012.