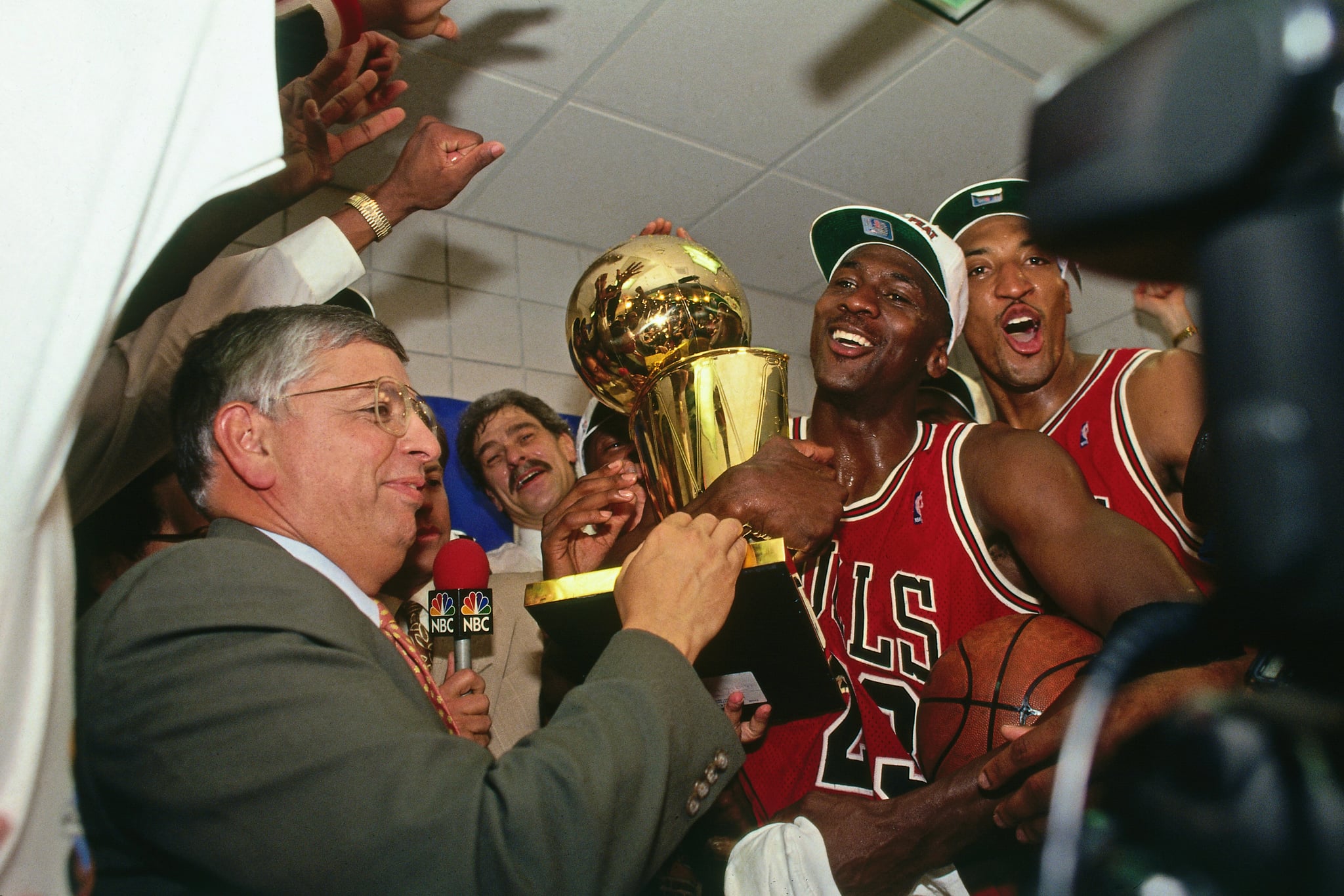 If you've based your knowledge of Michael Jordan's upbringing on the opening credits of Space Jam, where an actor is shooting hoops in the middle of the night, you're about to be taken to school . . . Flight 23 school, that is. On Tuesday, ESPN announced its plans to move up the release date of The Last Dance, the 10-part documentary series about Jordan's life and the historically iconic 1990s Chicago Bulls team. It's an unprecedented time for the entire world amid the coronavirus outbreak, and fans are feeling an insatiable need for new sports content, so ESPN came through wearing a cape.

"As society navigates this time without live sports, viewers are still looking to the sports world to escape and enjoy a collective experience. We've heard the calls from fans asking us to move up the release date for this series, and we're happy to announce that we've been able to accelerate the production schedule to do just that," the network said in a press release. "This project celebrates one of the greatest players and dynasties ever, and we hope it can serve as a unifying entertainment experience to fill the role that sports often play in our lives, telling a story that will captivate everyone, not just sports fans."

Related:
You Don't Have to Like Sports to Be Captivated by These 13 Sports Documentaries on Netflix

What Is Michael Jordan's The Last Dance Docuseries About?

It's fall 1997 and the Chicago Bulls are looking to get their sixth NBA championship in eight years. They're looking to get their second three-peat in eight years. If you know anything about Jordan and his competitive nature, then you know he did whatever it took to get that ring. Not only was the '97-'98 season going to be Phil Jackson's last as the Bulls' head coach, but Jordan said he wouldn't play for another coach, so you know he meant business for winning the championship.

According to the press release, the docuseries will give fans an extraordinary look at Jordan's childhood, the Chicago Bulls franchise prior to drafting Jordan as the third overall pick in 1984, and how the dynamic of the captivating '90s Bulls team challenged them off the court as well. The series will also explore Jordan's relationships with teammates Scottie Pippen, Steve Kerr, and Dennis Rodman. There are also present-day interviews with people like Barack Obama, Justin Timberlake, Charles Barkley, and many more.

Camera crews followed the team throughout the 1997-1998 season, and now, we'll be able to see it all in The Last Dance.

When Does Michael Jordan's The Last Dance Docuseries Air?

Despite the initial release date for June, ESPN will be releasing The Last Dance over five weeks on Sunday nights from April 19 through May 17.

Where Can I Watch Michael Jordan's The Last Dance Docuseries?

Watch the Trailers For Michael Jordan's The Last Dance Docuseries